The latest issue of The Winnipeg Foundation’s magazine Working Together is now out! I had a ton of fun working on several stories in this magazine.

The first one and probably the biggest challenge was the cover story. Shot on location right on the stage of the Manitoba Theatre Centre, it’s a story about The Milgore family and their involvement with the theatre. A three panel gatefold cover was devised featuring Pat and Bob Milgore on the front cover, with their daughter Laura, granddaughter Cassandra, Artistic Director Steven Schipper and Executive Director Camilla Holland all on the gatefold.  Then a scene utilizing props from the current production was to wrap around to the back cover.

I photographed each scene separately and then stitched all together in post-prouduction to great one massive image that retained the proper perspective and featured the best shot of each of the groups. 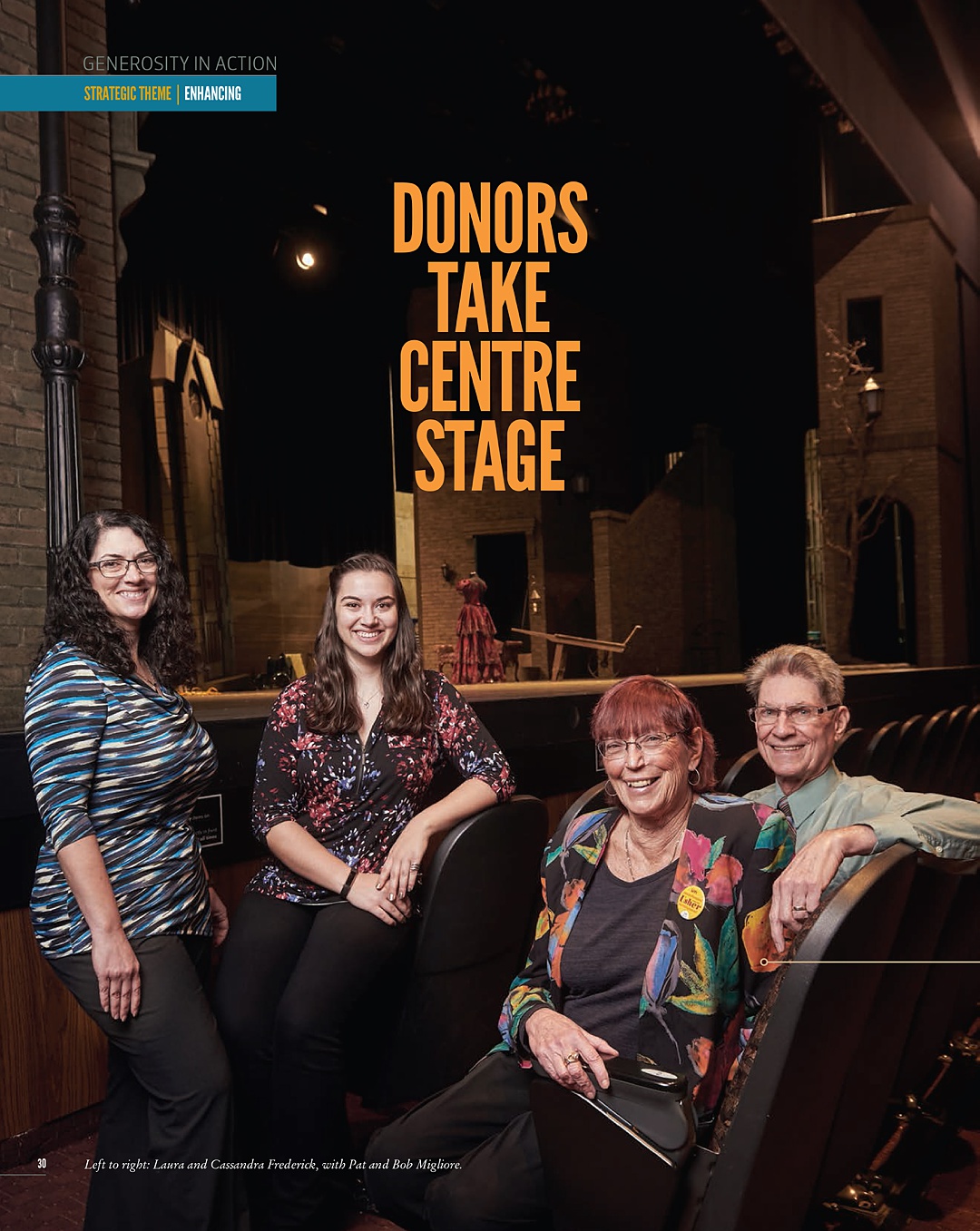 Then we moved into the theatre for a full page image to open the feature inside the magazine. All of this wouldn’t have been possible to achieve without the assistance of the staff and stage crew at MTC. I truly appreciate their patience with our shoot! 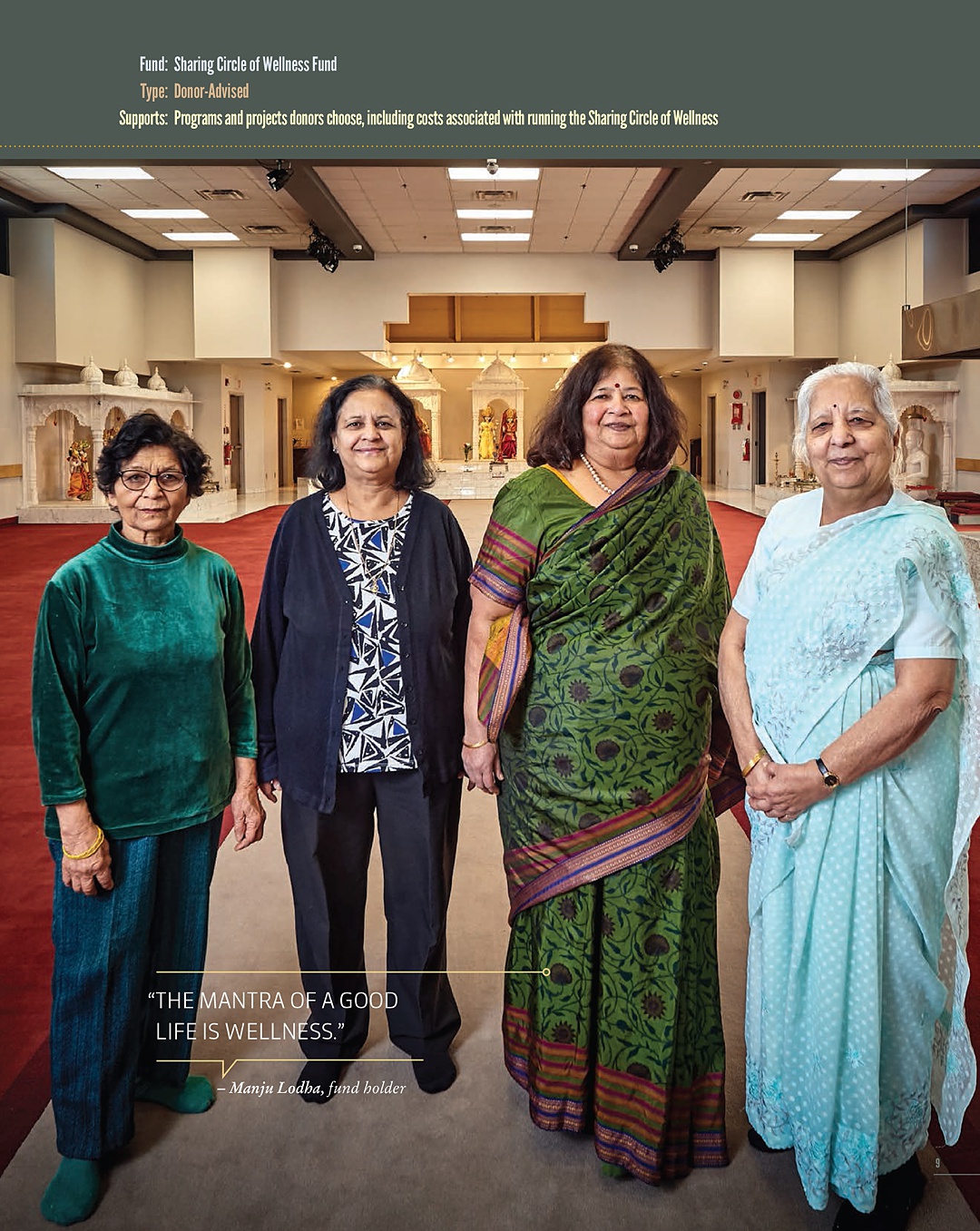 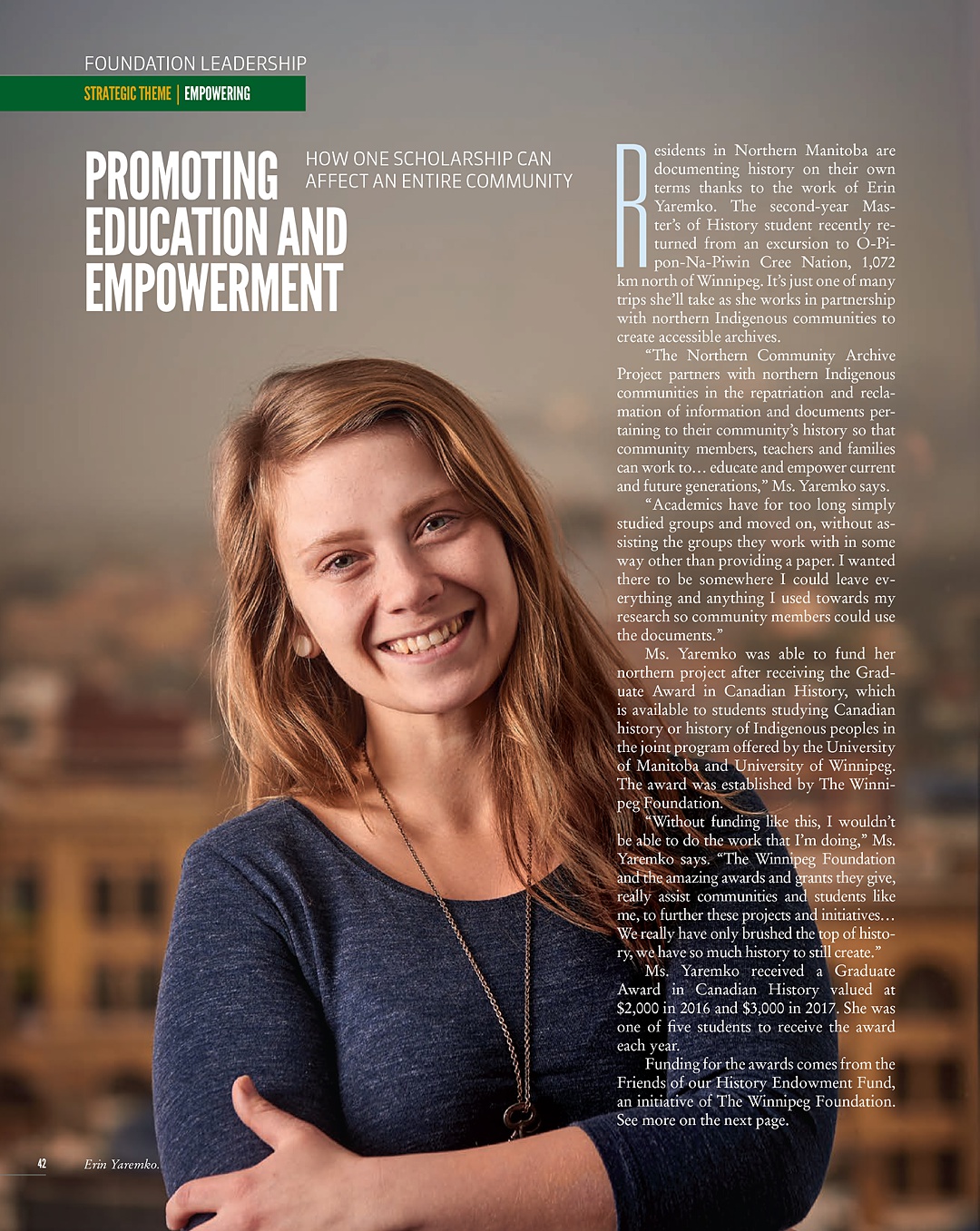 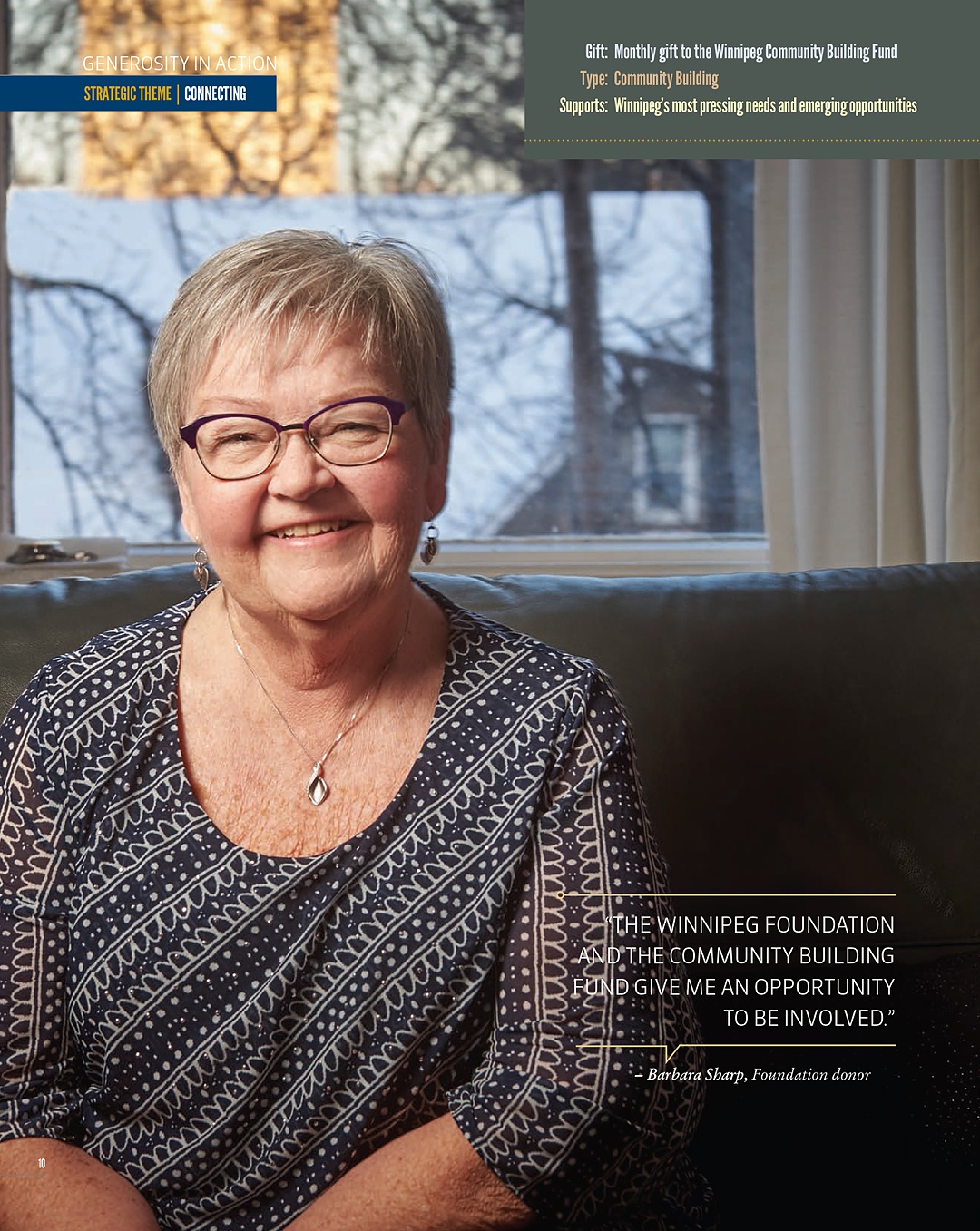 These other stories all had their own unique challenges. Shooting in a Hindu temple, I quickly learned some of the  etiquette within the temple. The portraits with the city in the background was challenging for reflections in the windows all while leaving enough room for copy. Barb’s portrait was challenging simply because she was reluctant to be the centre of attention, but after a nice chat we managed to get an image that conveyed the sprint  and warmth of her giving.