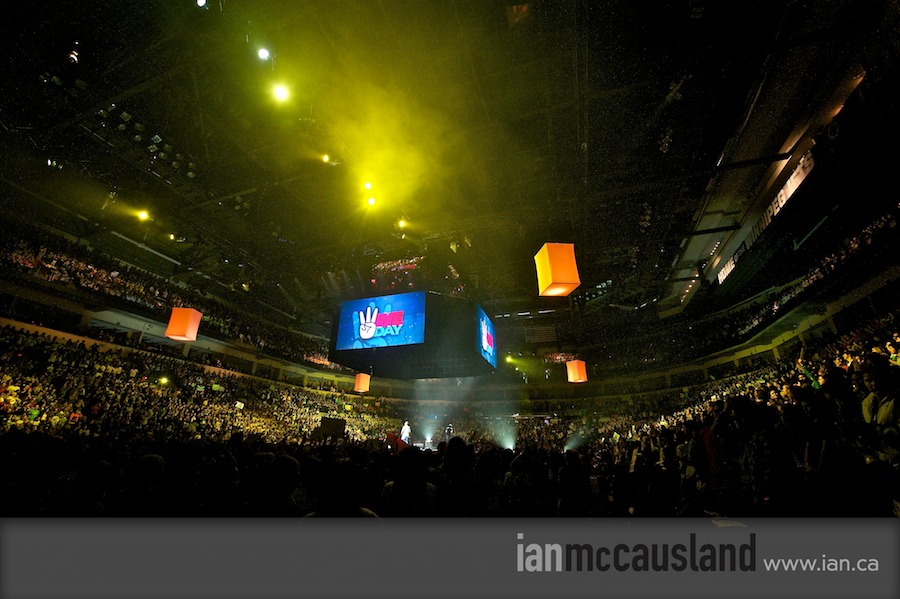 I was fortunate to be asked to participate in WeDay Winnipeg. I was one of 12 different photogs working the day. My assignment was deemed the toughest, keeping up with Craig Keilburger, one of the founding brothers of the event. I’ve watched Craig in the news for social activism since he was a 15 yr old, so I can truly say he’s inspired me over the years. I was a little nervous working along side him, I didn’t want my  view of him diminished by a peak “behind the curtain”.  I had nothing to worry about! The guy  brings an amazing amount of energy to the day and it certainly was a challenge to keep up with him! Being backstage  means I have to maintain discretion, but I saw how made time to reach out and connection to all sorts of people who attend these events. He is amazing and inspiring Canadian! 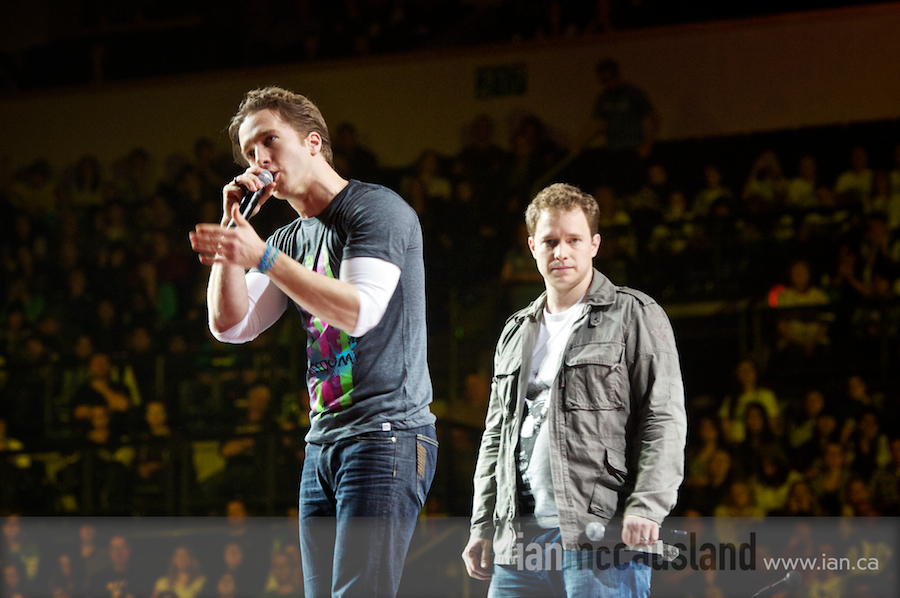 The two brother Craig and Mark are the spokes people for the WeDay movement. They took to the stage several times to renforce the message, that the people in the room can affect change. 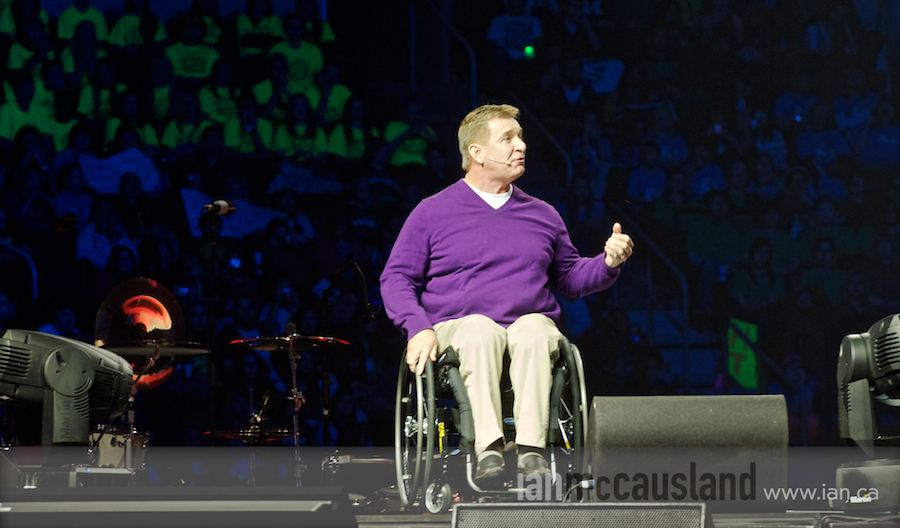 Amazing motivational speakers like like Rick Hanson, Al Gore, Mia Farrow, and many others took to the stage and gave short, 5min speeches to inspire the people in the room. I think I have a shot of Rick Hanson exactly  like this, from 1986, from his Man in Motion Marathon, just a great Canadian Hero! 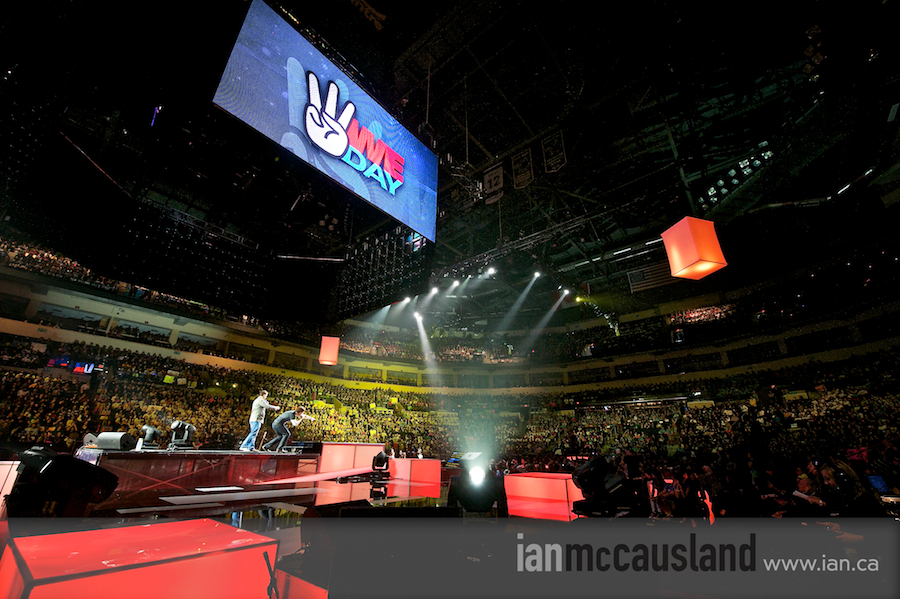 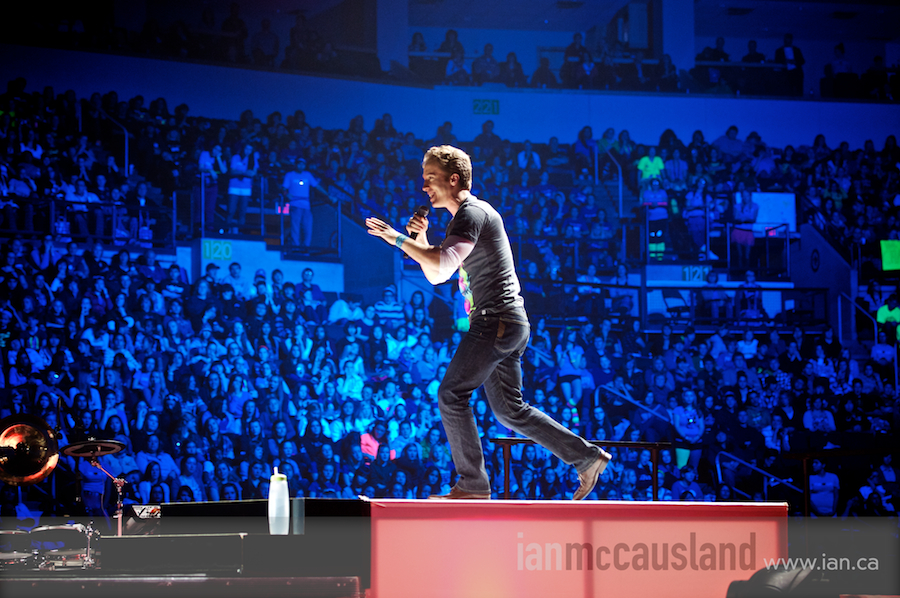 While at times the playing to the crowd and hgetting they hyped up and screaming “WE CAN DO IT! We can CHANGE THINSG!” almost took on a bit of  rock concert style hype, especially with a few top Canadian bands performing. But I truly felt they were connecting to the kids,  and creating so much positive energy in the room! I’ve since talked to several people who have kids who truly were affected by the event. 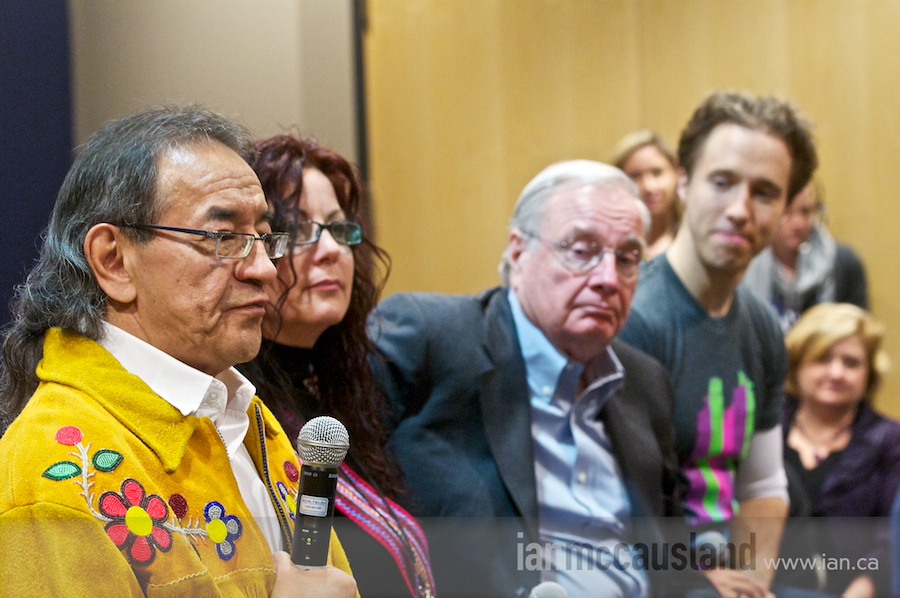 After the main event Craig hosted a smaller event that was peaking directly to Aboriginal students and talked about their education. So not only were people inspired to reach other to crisis abroad, but to also look locally, and get involved.

One of the most amazing parts of Craigs time on stage was when he asked certain school group to stand up. he would then explain that through this one school’s actions, they allowed for a certain young girl in famine stricken Africa to drink clean water, then the next school would be asked to stand and he would explain, that they creation the situation for that same person to attend school, then next group helps maintain the hospital for the girl and on and on. ( im not explaining it right!) but the idea that Craig pointed at this one group of kids in Winnnipeg and said “you made a difference in this girls’ life really hammered home to me the spirit of WeDay.

What a wonderful day to be involved in!