So I’m back from India, finally back to normal! Needless to say it was an amazing trip! It’s taken me a week at home just to process some of the experience As much I know every one wants to see all the photos, for now I’d thought I would just talk about the experience of the workshop. There is a link to the final group show, with 15 of my images in there.

(FYI these class photos were shot by several members of the class. I think I took a couple of them, and I thank the others who photos I use here)

When I blogged about going to this workshop, I talked about addressing some of the fears in deciding to go. There was fear not only of travelling to India by myself, but also fear if I could manage to shoot in this style. “Street Shooting” is a kind of photography I seriously hadn’t done since 1986 when I abandoned my dreams of becoming the next Eugene Smith, or at least a local newspaper photographer. Would I be able to do it? Only one way to find out! Dive in! 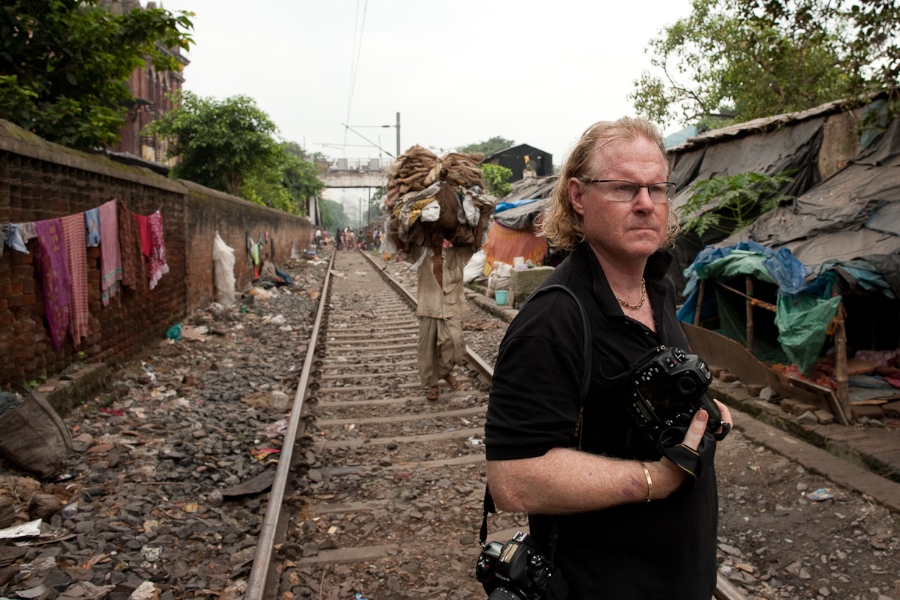 The first day we met with Peter, He gave us some background on himself, through a couple TV profiles done on him, (one of them being a 60Minutes profile on both him and his brother.) At first I thought yeah, sure of course you gotta show these, but these pieces were actually very helpful in understanding what and who formed Peter’s vision. Peter was obviously hugely influenced by Henri Cartier-Bresson, and it was that aesthetic of Cartier -Bresson that was going to influence our week.

We also introduced ourselves and talked about what we do. I was surprised to find several people in this group had taken workshops with Peter in other locations. Others had taken workshops with other photojournalists, and others had travel extensively and photographed in the street a lot. While no one else in the group was a working pro, everyone brought a passion and enthusiasm for photography that was infectious!

So once that was finished we talked about how we were going to shoot for the week. It was a surprisingly simple set up:

One camera, one wide lens.

That’s it! No camera bag, no extra lenses, no gadgets and gack to lug around. Maybe a spare battery, and some memory cards, but that’s it!

Peter’s thinking behind the idea of  one wide lens is rather that zooming back and forth and switching lenses over and over again, stick to one type of view so the images can work together and form a common visual language. A fixed lens opposed to a zoom, to make you move toward the image rather than zoom it. He was constantly urging use to “get physical” and push ourselves closer to the image we wanted. Peter’s no gearhead and it was great to not get bogged down in all the technical stuff and just concentrate on making images with meaning.

The suggestion to leave gear at home and stick to the bare essentials was a great one. Not only for all the reasons Peter mentioned, but it was so liberating to carry just a camera, no bags, no lighting, nothing to weigh you down. Granted there were always times I saw where a 70-200mm would have been handy, but I can’t imagine the walking we did lugging all that gear. With temperatures in the 30’s with humidity, a camera bag of gear would have be hellish to lug around! 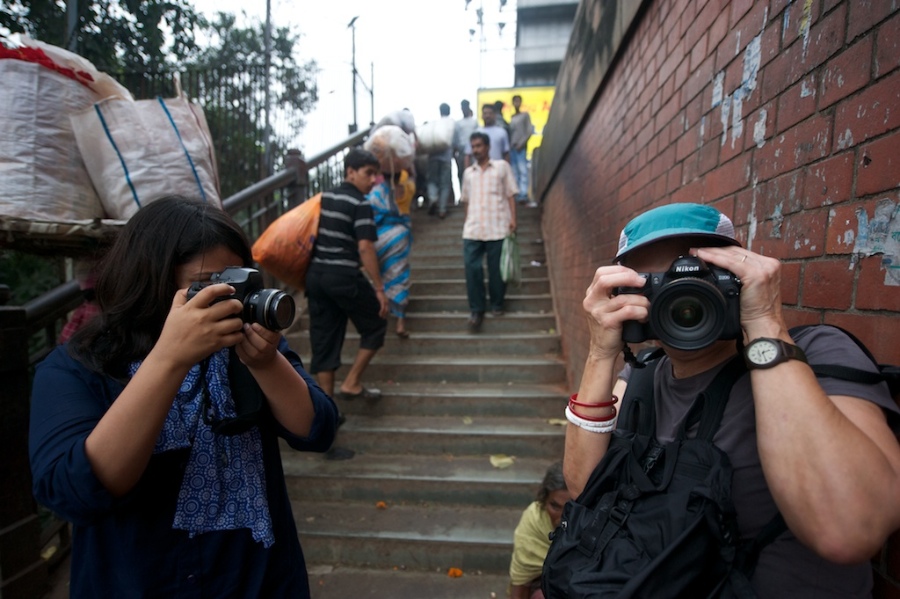 So after the basic training, we were encouraged to get out there and shoot! We tackled some of the bigger events associated with the Puja as a group, other times we’d break off into smaller groups and roam around. I recall one afternoon, five of us  just walked the streets of Calcutta for hours, almost getting lost, and just taking in all the sights and sounds of the street. We had so much fun! It was a great feeling to be with other photographers, not feeling rushed or pressured to move along, just able to stop and photograph anything you want. Several times I just stopped to say “This is so much fun!”  It really did feel like I was tapping into that time when I first discovered photography. 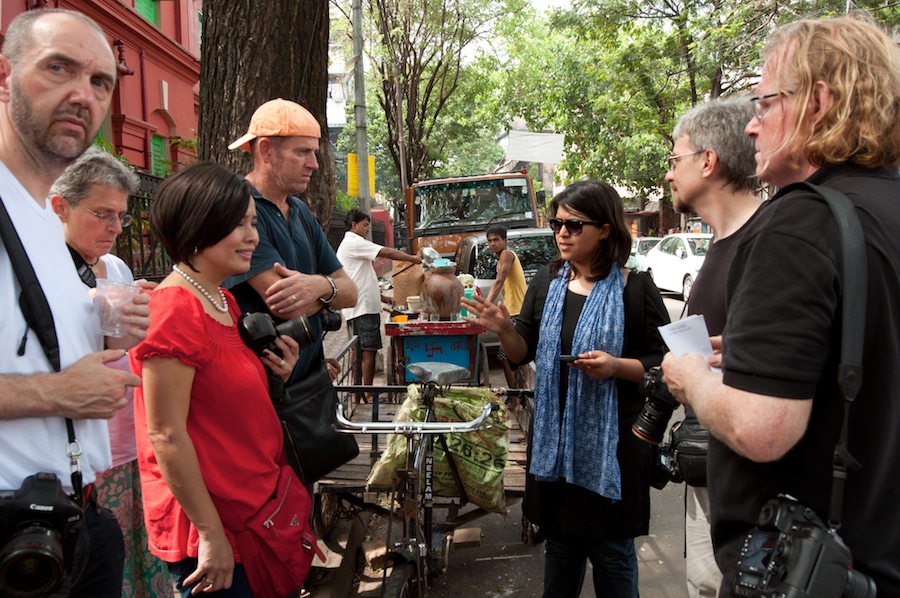 After a day of shooting we’d each get some time with Peter where he’d go over our images, and start the editing process. Our goal throughout  the week was to continually edit our images down to an eventual final 15 images for the group show. From those final 15, the hope was a theme would emerge. 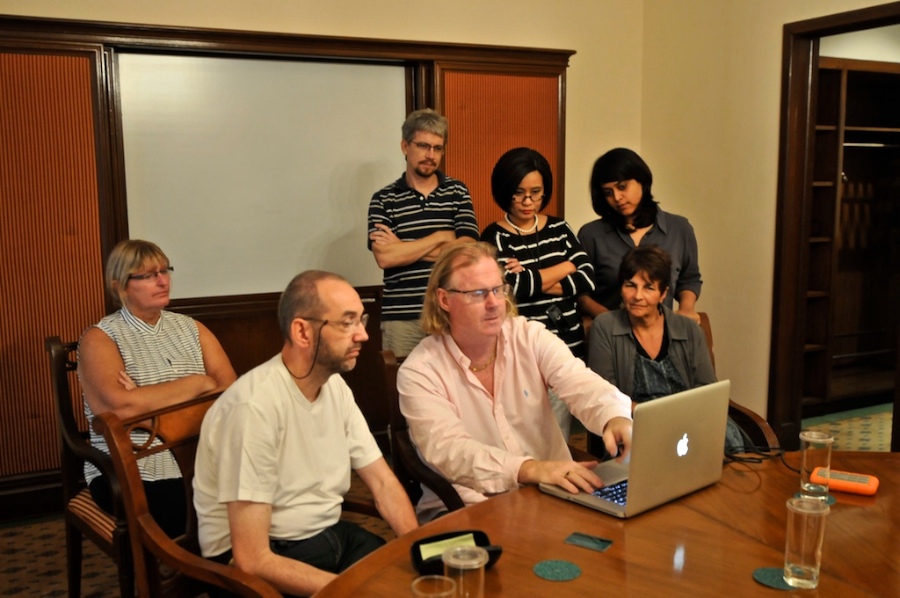 At one point Peter mentioned that we shouldn’t feel any pressure to perform. In his mind, if you walk away from a week of shooting with one or two great images, you’re doing well. I certainly appreciated hearing this. I had placed all these expectations on myself and it just translated into pressure. As the week went on, I realized that just being open, and really watching and looking hard was way more important than anything. In this way I think being the only working pro was my hindrance. I am so used to being in control of my shoots, directing things, lighting things, and I was trying hard to do that on the street, and it doesn’t work. But after a few days of shooting, and talking with Peter in the edit sessions, I realized the changes I needed to bring to my approach. When shooting on the street, I’m still looking for a connection with the subject, but perhaps a more nuanced one, one that reveals a bit more about the subject. It’s very subtle, and difficult to do well. A lot of it is about how you carry yourself, what mind set you bring to the street. 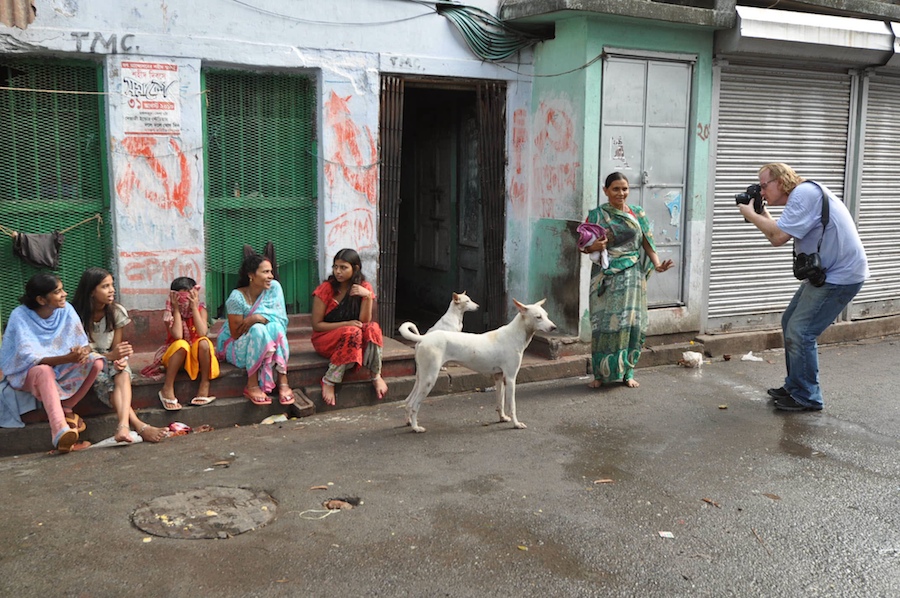 Watching Peter work, you can see how his commitment, his passion for his images translates to his experiences with the subject. The minute he points his camera at a subject, they just seem to know this isn’t going to be a touristy snapshot. Suddenly they sense what they are doing at that moment takes on a deeper meaning and they take it seriously. It was really quite something to watch, the way he shoots, it was very inspiring!

At the end of the week we revealed to ourselves our final show, 15 images from each of us, finding a common thread or theme to tie our images together. As with any edit, good images get left behind, but I’m still very happy with my final 15. Collectively the group show is so amazing, you can view it here http://www.peterturnley.com/Student_Galleries/Calcutta/2010/ca2010.html

This being my first workshop, it’s hard for me to know just how much of the experience was influenced by Calcutta. The people in the city were just so warm and friendly, and patient with all of us, I can’t imagine this workshop being as much fun anywhere else! I could seriously go back to explore the streets of Calcutta further, especially during Durga Puja A great deal of  my enjoyment in the workshop was spending time was just a wonderful and interesting group of passionate photographers! 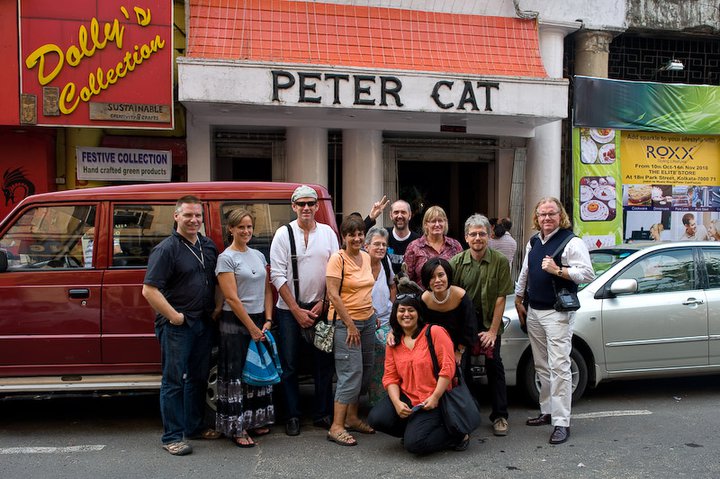 As well, for the workshop Peter enlisted the help of Delhi based photog, Mansi Midha, who also brought her special warmth and passion, and was so very helpful to everyone. 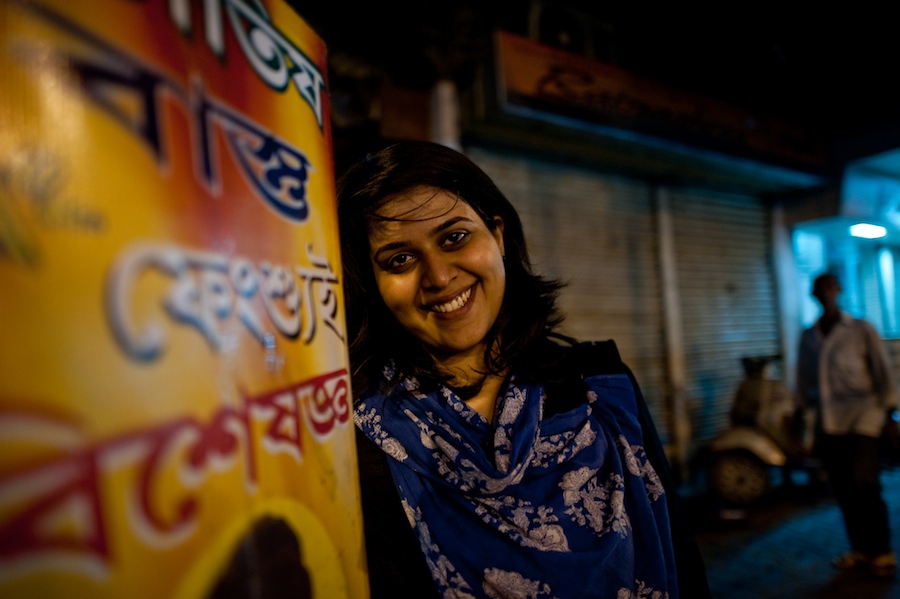 All in all the week in Calcutta was simply amazing, I’m definitely hooked on workshops now and will be looking for more of then to do in the future.

In the days to come, I’ll be blogging more of my images, and put into words some of the experiences of the Puja itself, and of my other week, seeing the sights in Delhi and beyond.