My subject  was 99 yr old Dennis J Kenny. Dennis lives in a seniors complex mere minutes away from my studio.  When I showed up at the scheduled time, I was met at the front doors of the complex by this formally dressed gentleman who greeted me graciously then insisted on rolling my camera bag down the long hall toward his suite. You have to understand, my bag weighs upwards of 45 lbs, the rollers are wearing down and is extremely awkward to handle  for most. But as I scrambled to keep up with him,  I got the sense that Dennis was raised  to show this courtesy to his guests, so I followed along.

Once we got set up, we had a grand old time, Dennis’s memory of the war years was very sharp, and we enjoyed talking about the various type of aircraft that were at the training bases he worked at during the war.  I think his 100th birthday is coming up this summer. You might see him around St Boniface as he does a 5km walk through the neighbourhood. It was and inspiring time spent with Dennis!

you can read his profile in the magazine HERE 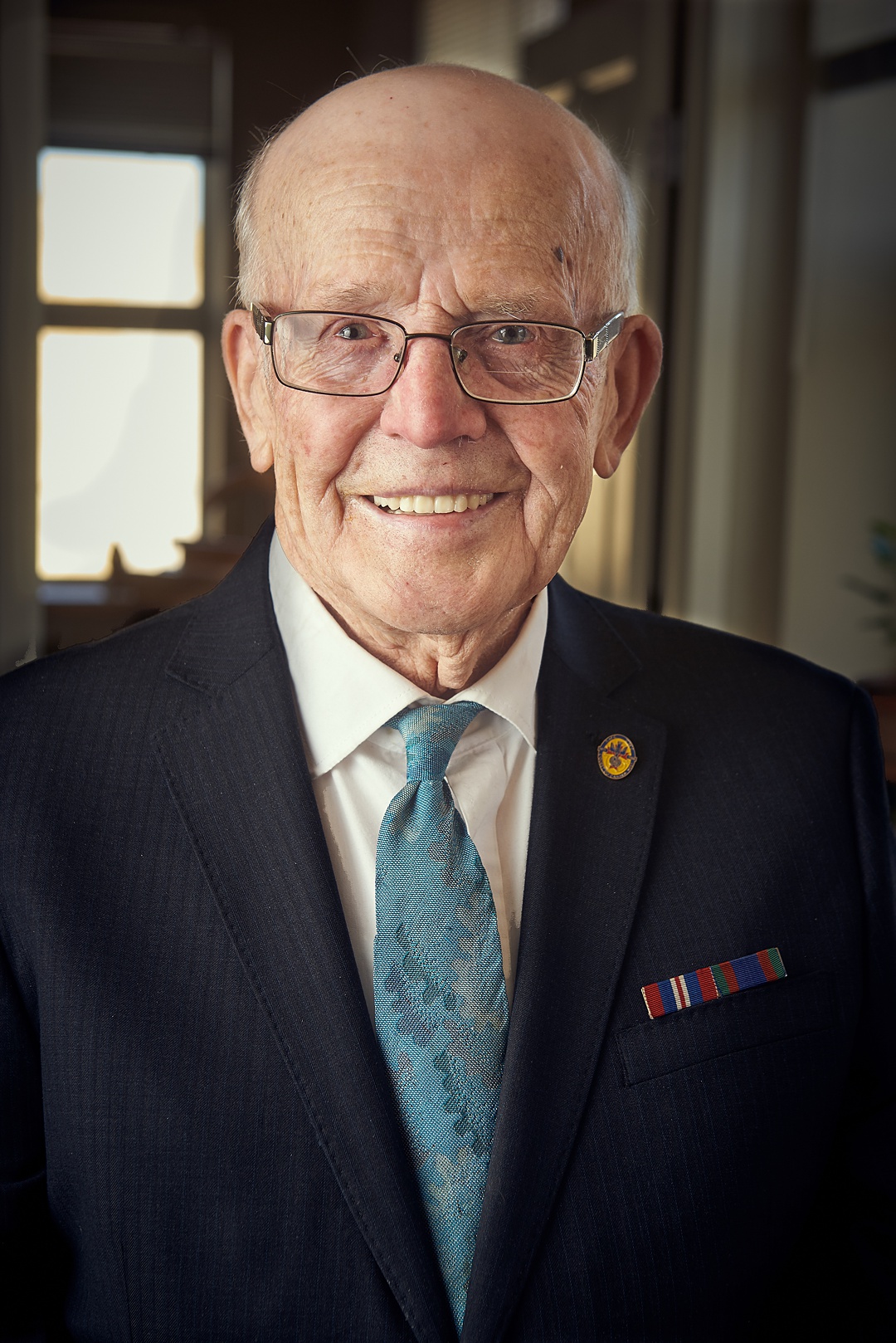 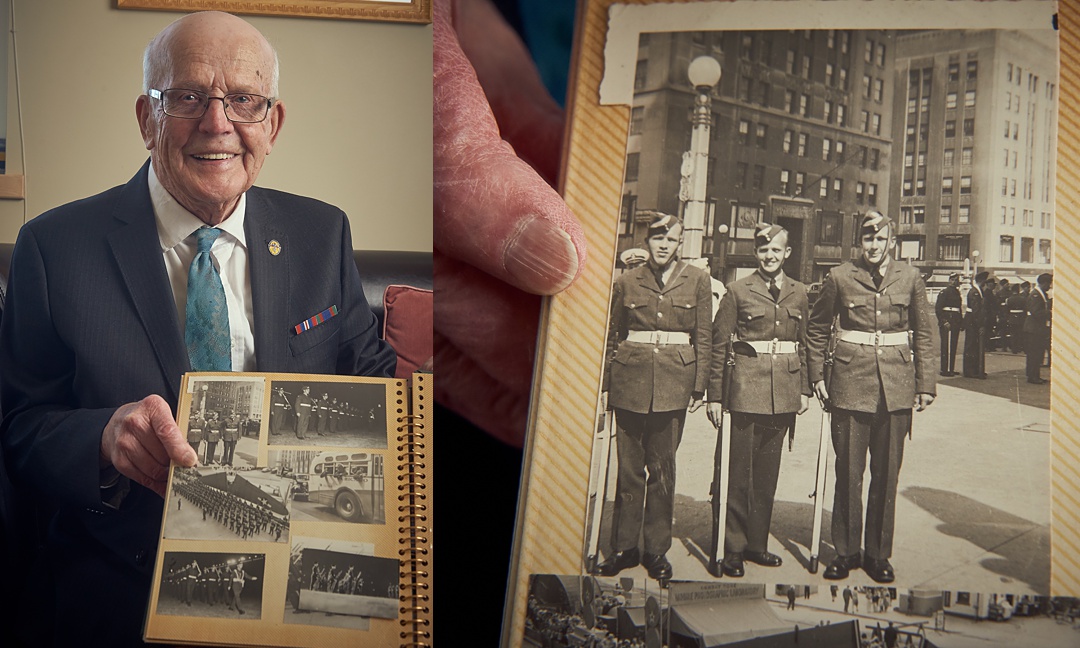 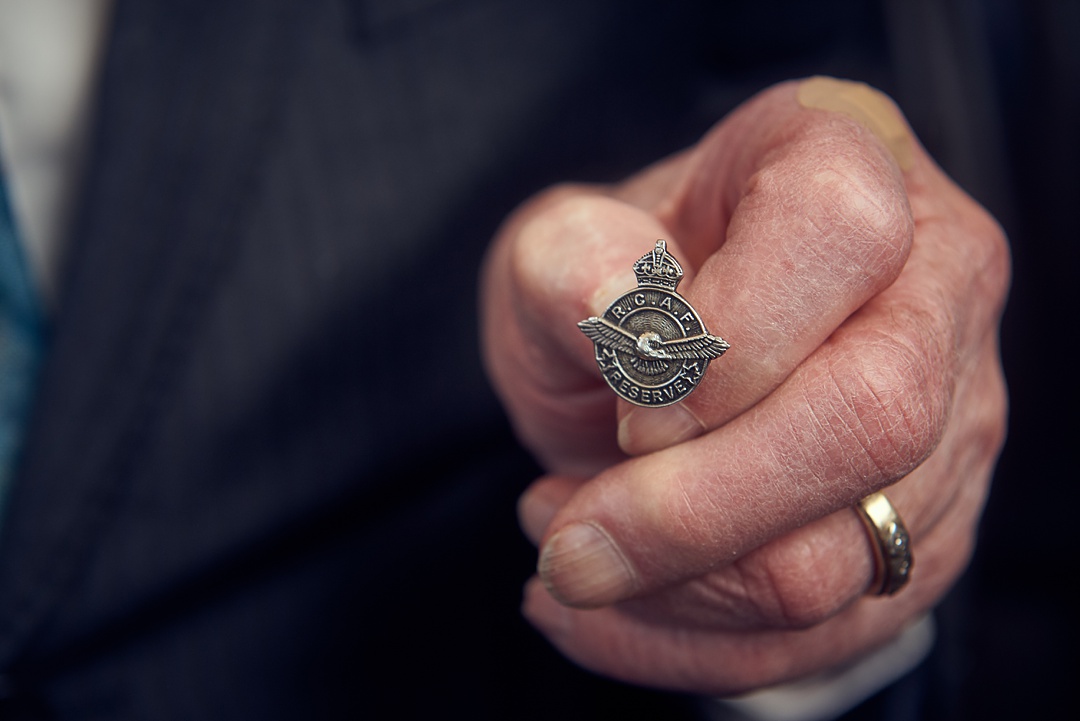