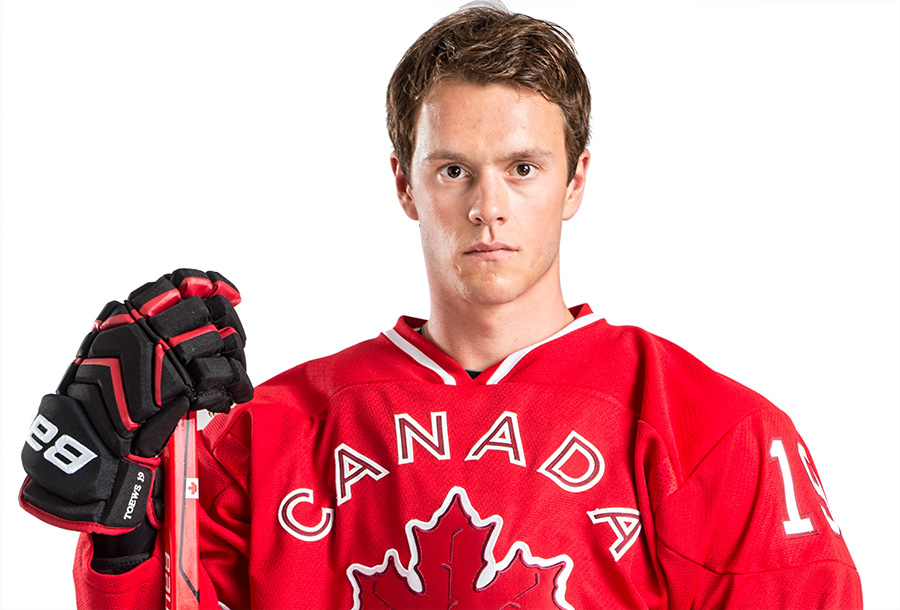 We All Play For Canada

Last summer I had the great fortune to work with Cleansheet out of Toronto for Canadian Tire’s We All Play For Canada campaign. You’ve probably seen the commercial. If not, here it is.

My involvement with this campaign in fact started way back in the blistering hot days of July last summer when hockey and the Winter Olympics were hardly on anyone’s minds.  It was the day when Jonathan Toews had his turn to bring the Stanley Cup home to Winnipeg and to his home community club. Cleansheet had myself and a video crew following Jonathan around all day documenting the festivities. I watched as countless thousands of Winnipegers lined up everywhere to get a glimpse of both celebrities, Jonathan and Lord Stanley’s  Cup. It was a long hot day for everyone involved. 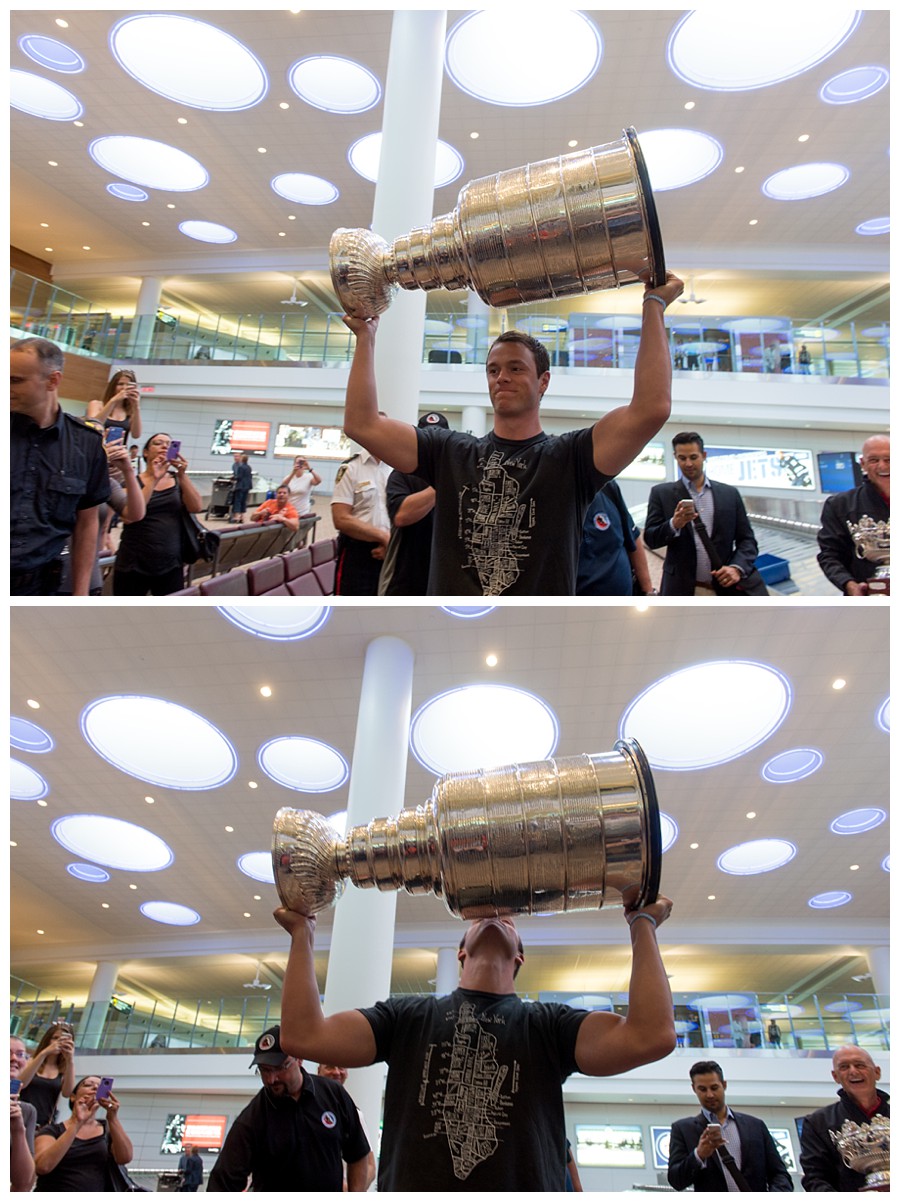 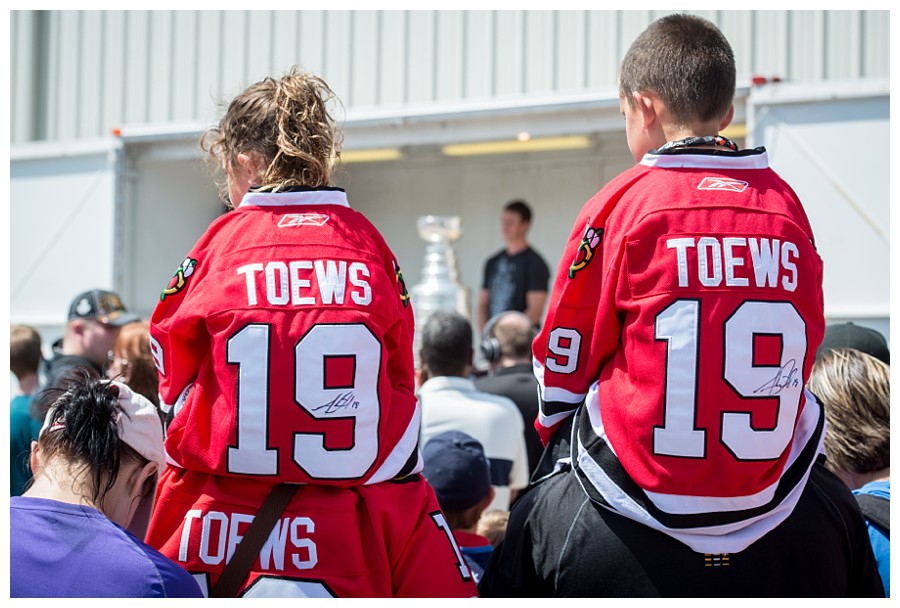 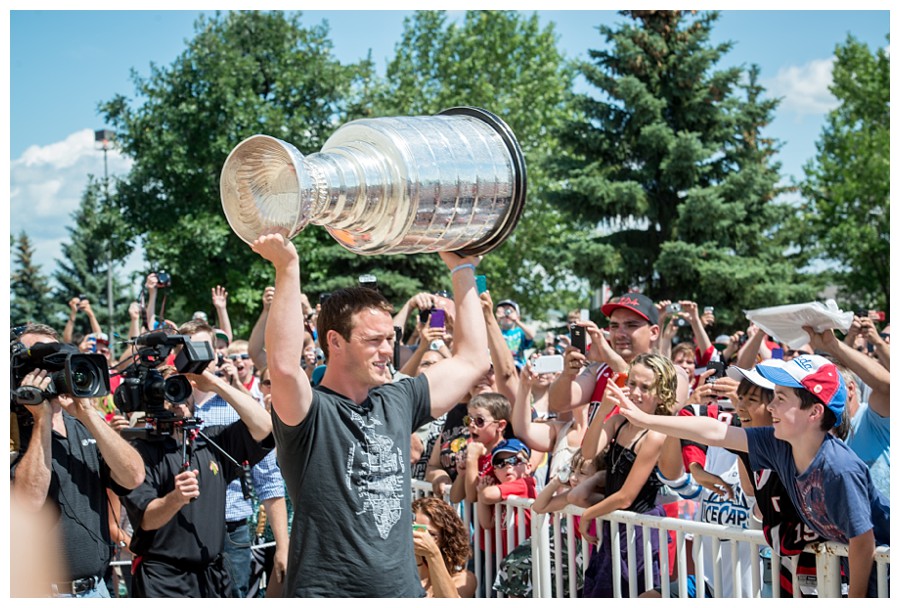 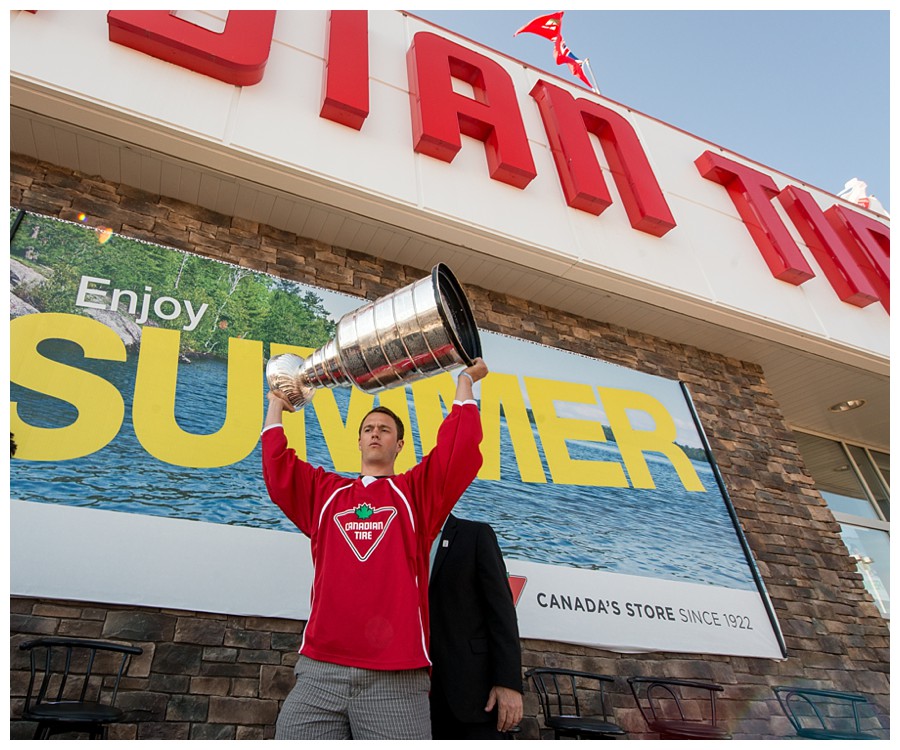 Then in August I was asked to document the behind the scenes of the making of the commercial at the MTS Centre. There was 1 day of pre lighting and a day of shooting at the MTS Centre. A huge undertaking with a cast of hundreds, it was really neat to see it all happen. Everyone in the stands and in this commercial has a personal connection to Jonathan Toews and Hockey in Winnipeg. As you can see in the behind the scenes video it was a huge undertaking. Director Steve Chase did an amazing job! 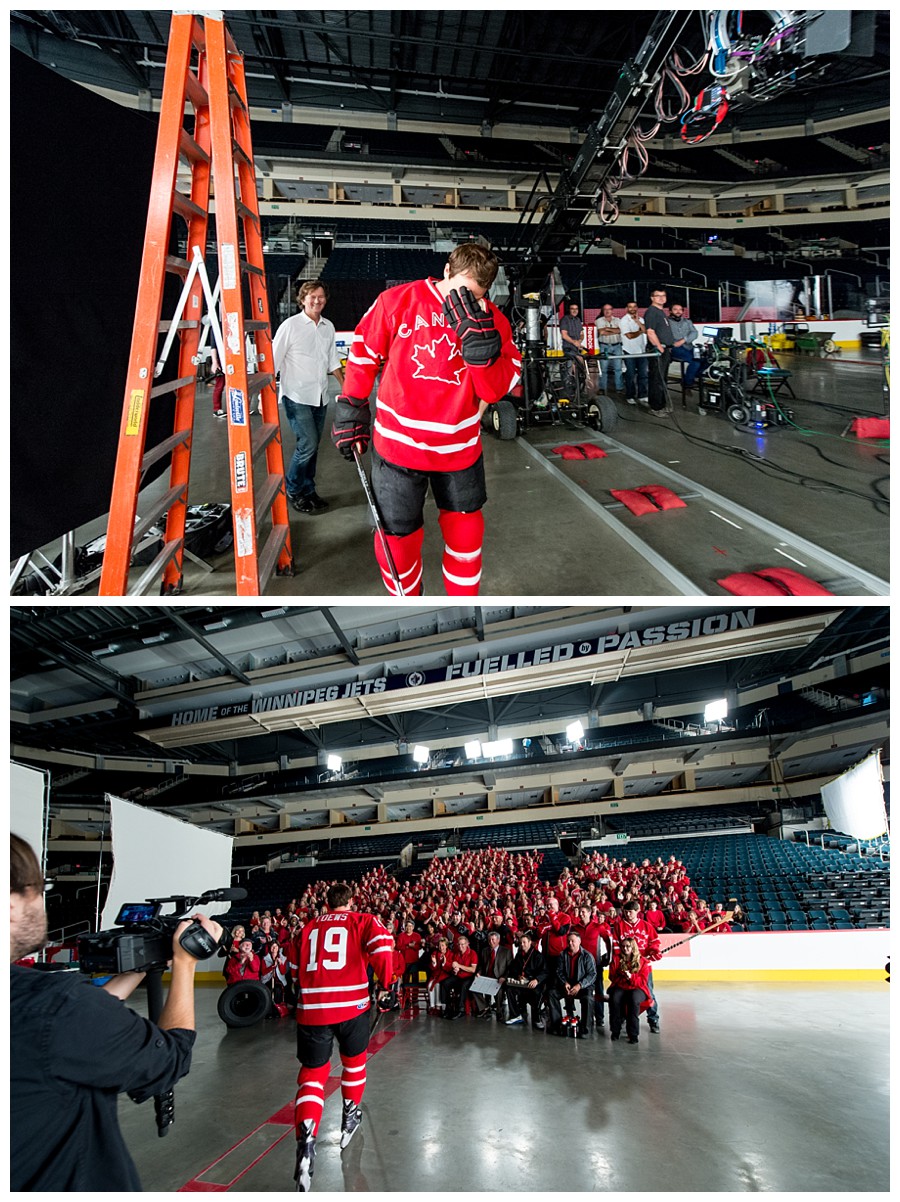 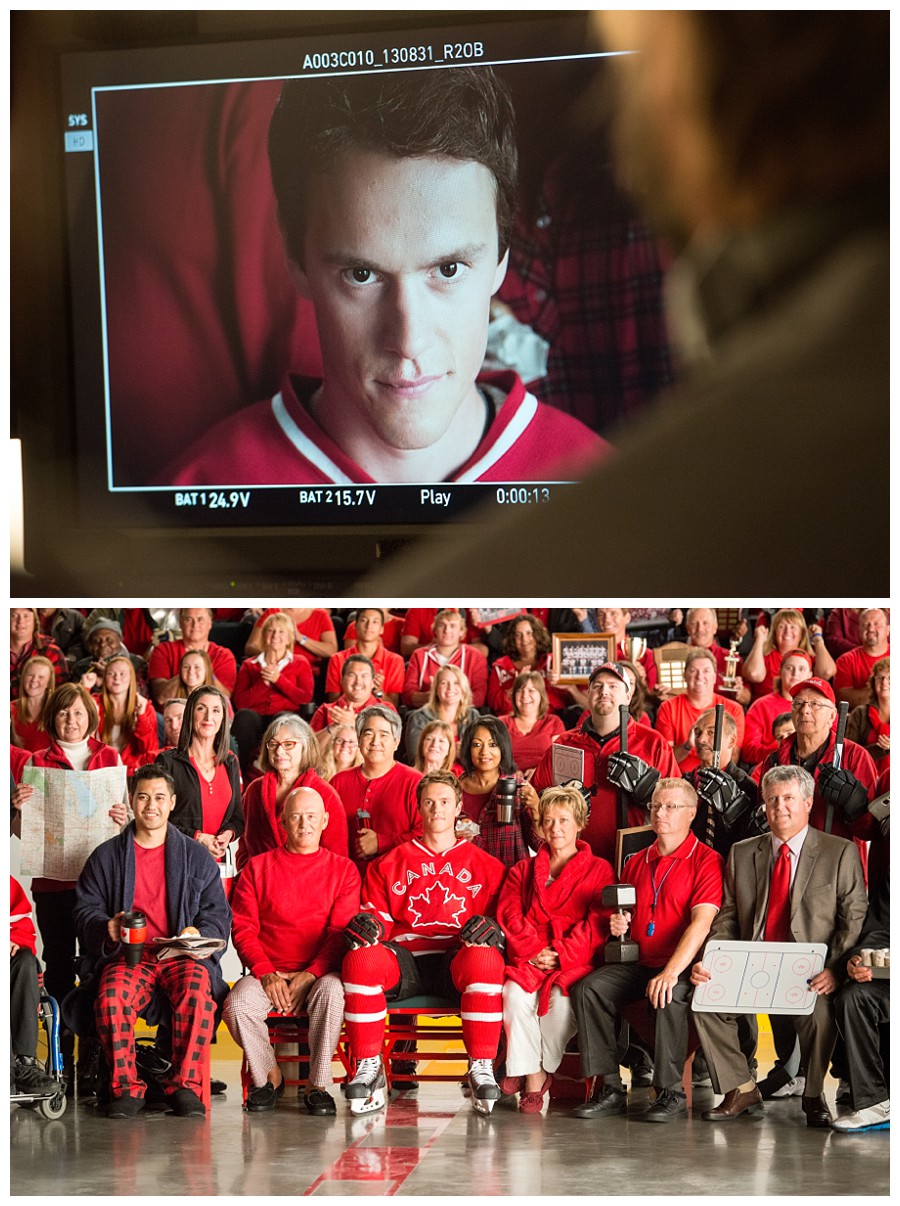 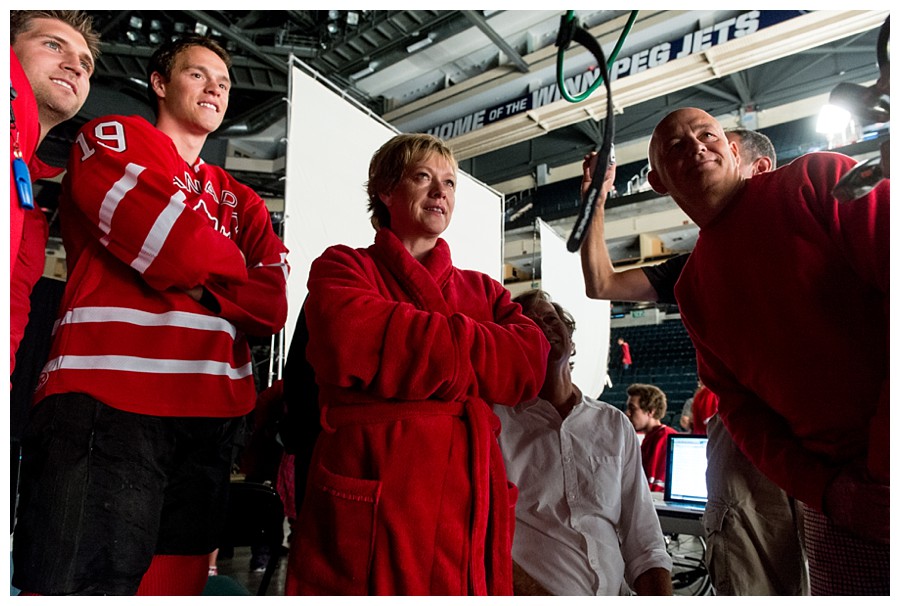 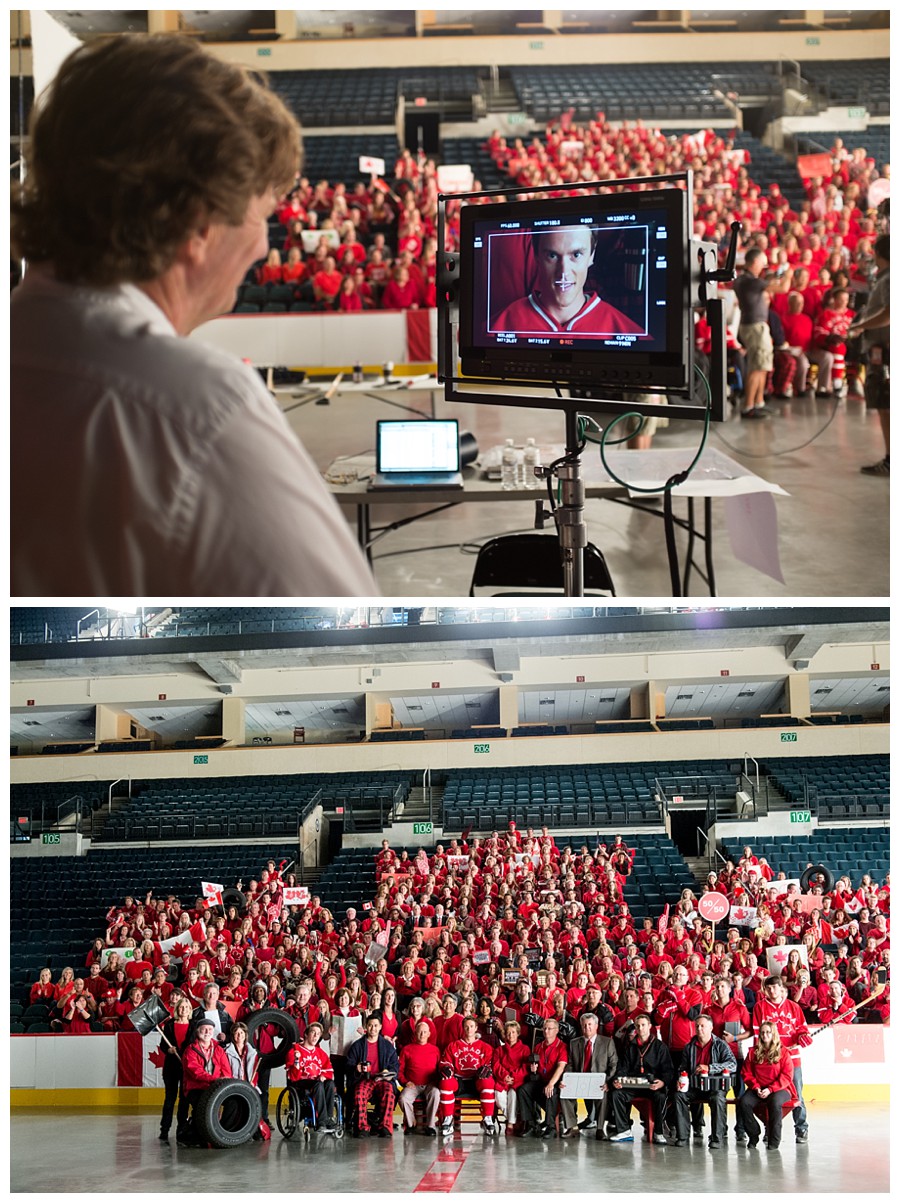 I grabbed group shots of the different categories during the production, a process which required me to move very quickly and not get in the way of the film crew. 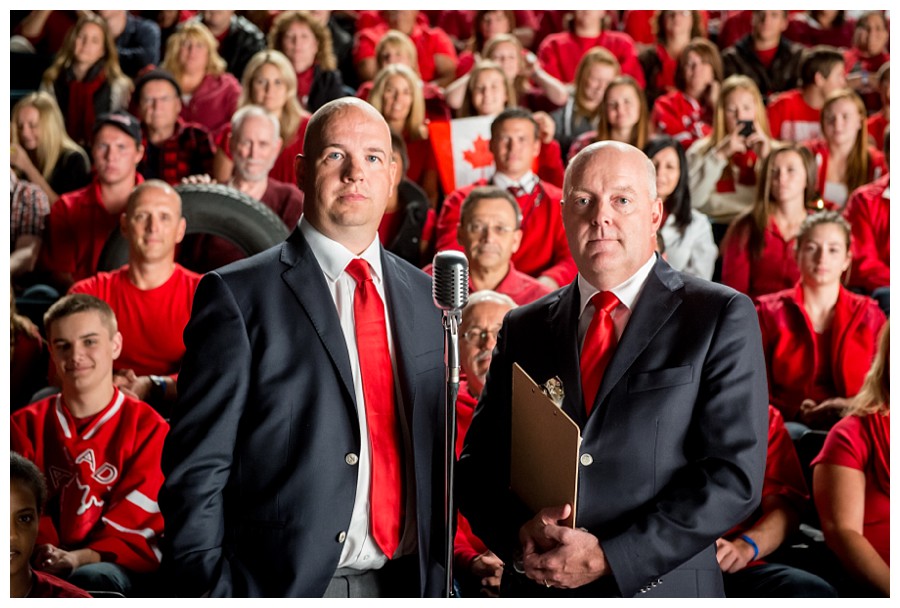 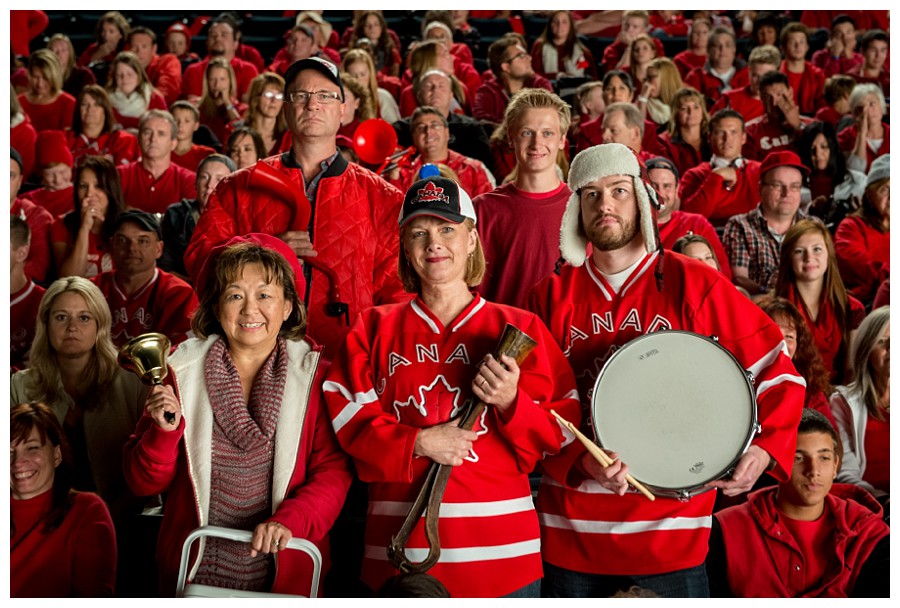 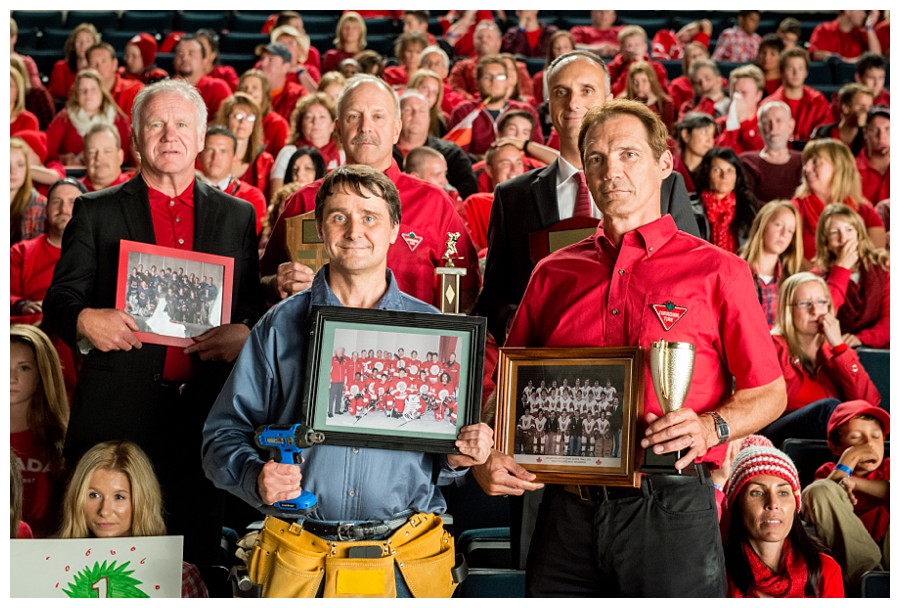 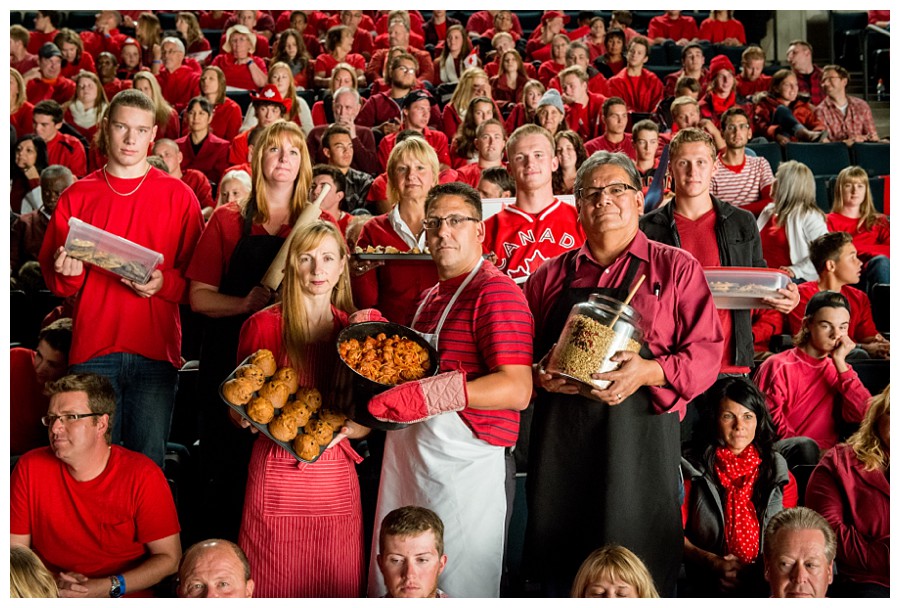 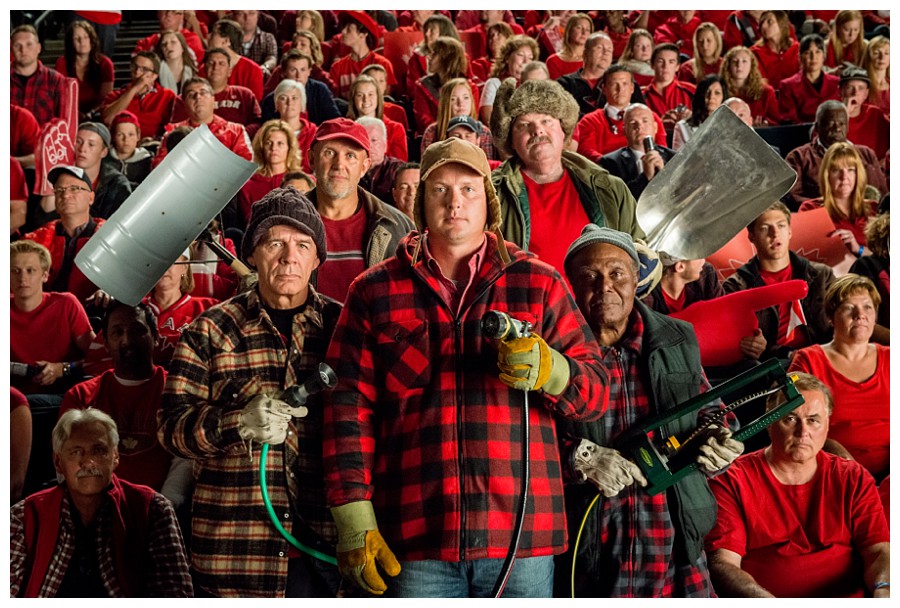 I also photographed Jonathan in a studio style set up just off set with him featuring some of the exclusive hockey equipment for Canadian Tire.  From that crazy day in the sun with the cup to standing in all his gear under the hot lights, I can not stress how gracious and accommodating Jonathan was to everyone. He’s an incredibly articulate, stand up guy. It was really great to meet and photograph him.

After the commercial, Cleansheet were looking to replicate some of the set ups in the commercial and create what we were calling a SuperFan for some of the advertising for Canadian Tire. We spent another great day in the studio, I had Janique do an amazing job of making our fan up with the flag on his face. 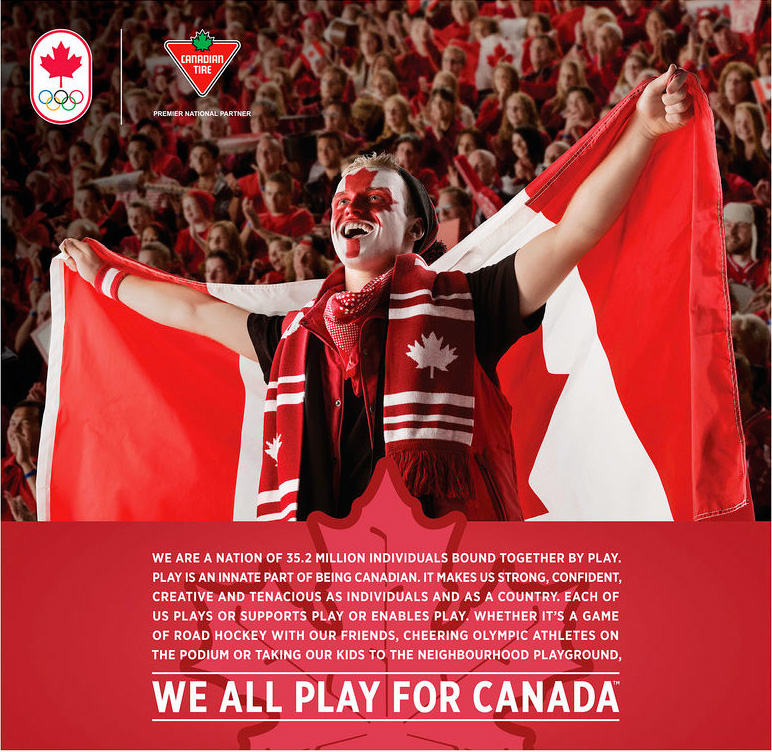 Many Thanks for Scott Shymko and the team at Cleansheet for the amazing opportunity to work on this project. While in the middle of all this  work, back in the summer, the Winter Olympics seemed like a far off dream. Now that they are underway, and I see the work out there, in amongst all the different commercials and flyers, I feel very proud and fortunate to have the opportunity to participate in showing our countries pride for their Olympic Athletes. The We All Play For Canada campaign encourages kids to get back outside and play, is a cause very dear to my heart.