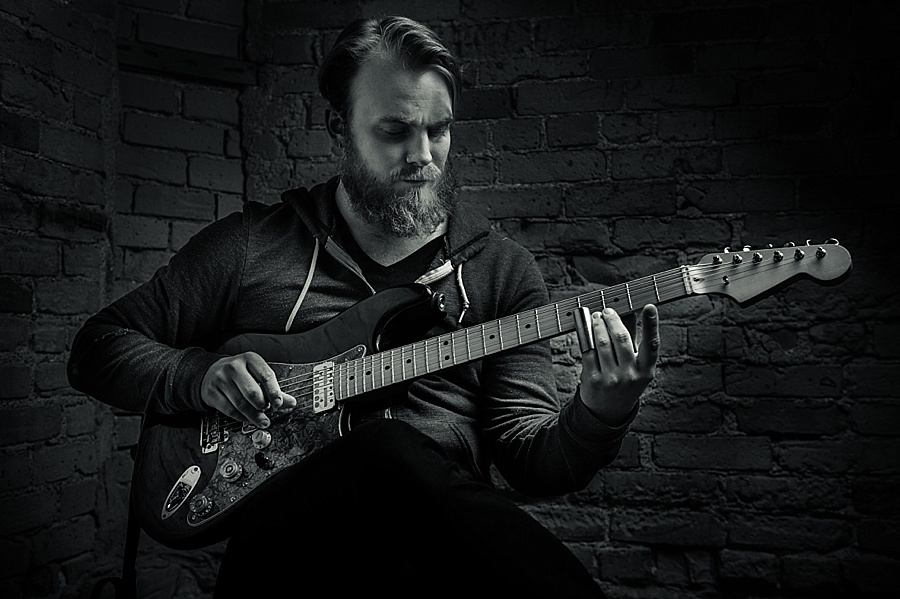 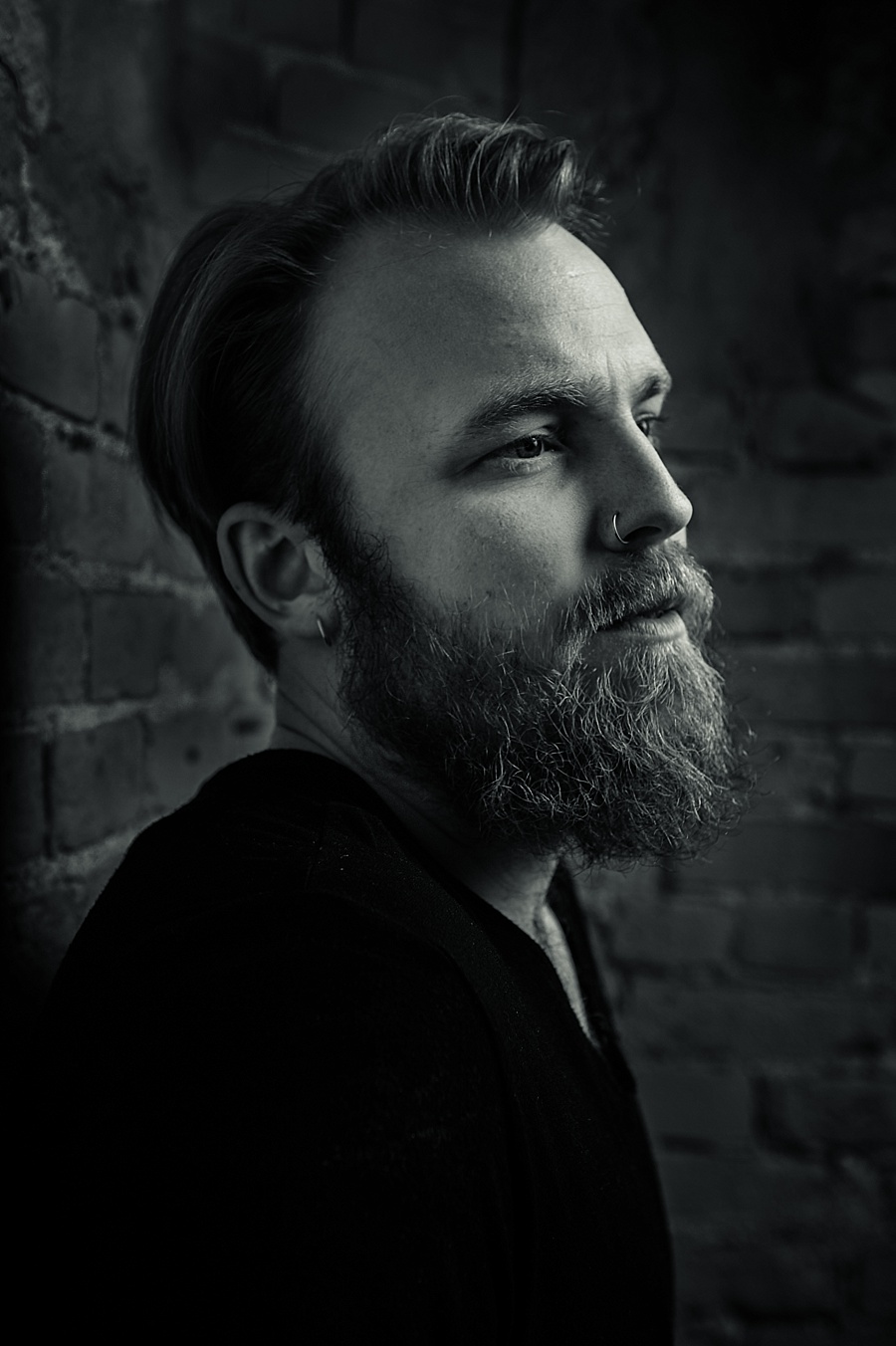 Back in January I asked my followers on Facebook who I should look at for indie musicians to photograph. The response to the post was overwhelming, people in Winnipeg love our local music scene. Throughout the thread Joey Landreth was recommended  time and time again.

I reached out to Joey,  explained what I was doing, and he was gracious and enthusiastic about me photographing him. His regular project The  Brothers Landreth, wasn’t performing locally, but another project, called Gitch, was performing on Sunday Nighst at Maw’s Eatery. Along with Joey, Murray Pulver another local musician that people mentioned quite a bit, would be performing with Paul Yee on bass and Emmet VanEtten on drums.

I came early Sunday evening to get my portraits before the gig. The guys were just setting up and working on a few tunes. As a music fan it was a real treat to get a glimpse on how a rehearsal works with top players. Listening in to the conversation and watching top musicians  work out a tune, I am always amazed how it all comes together. 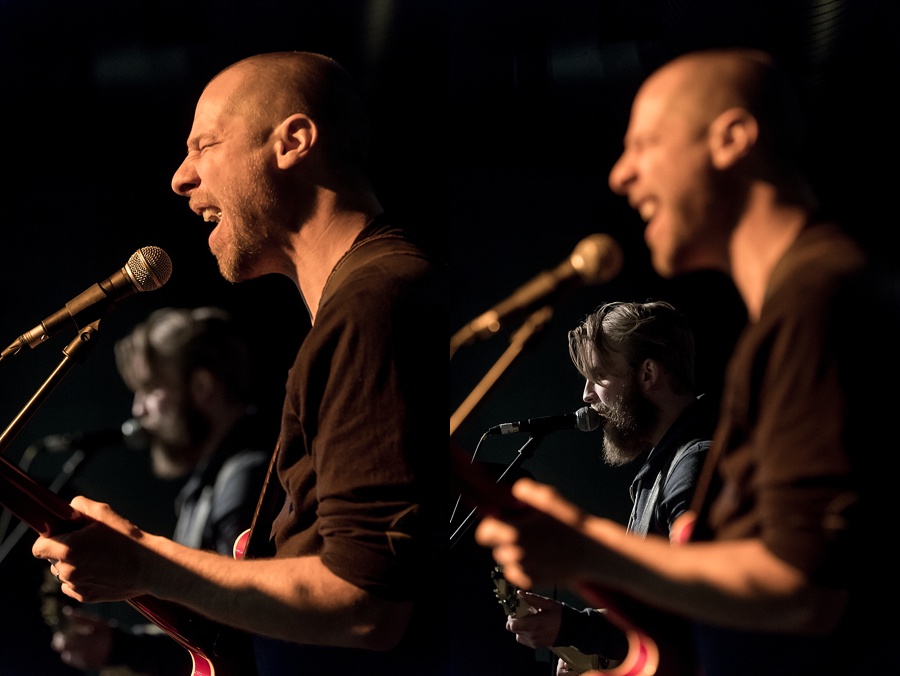 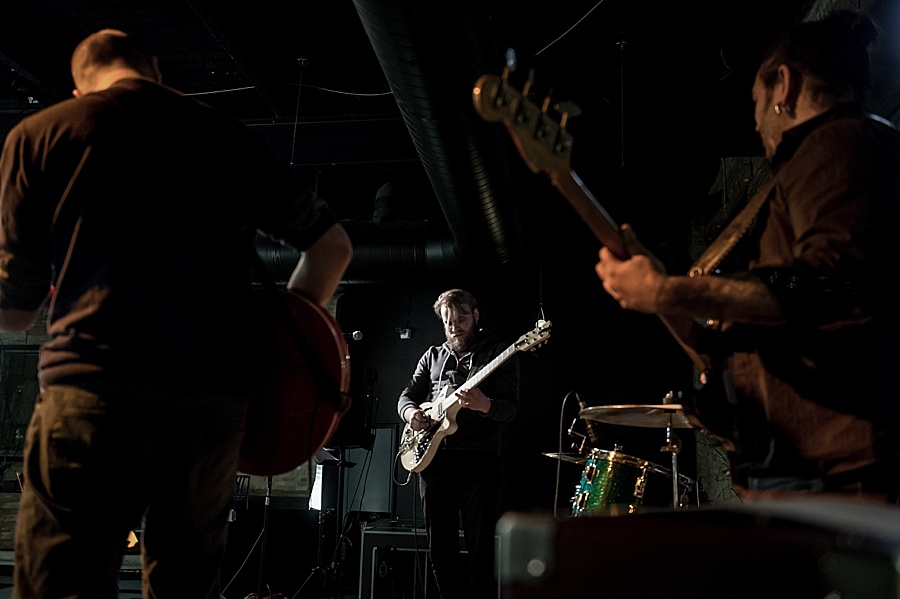 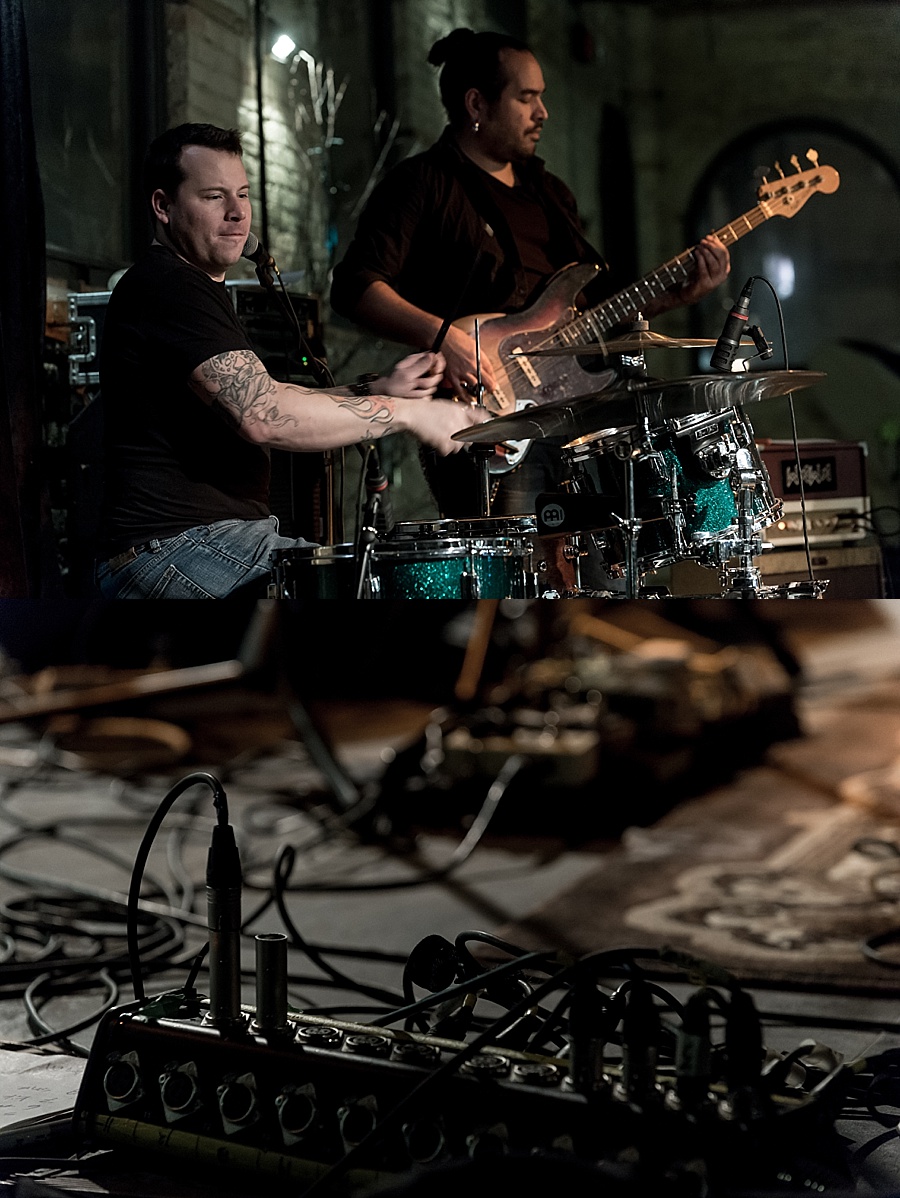 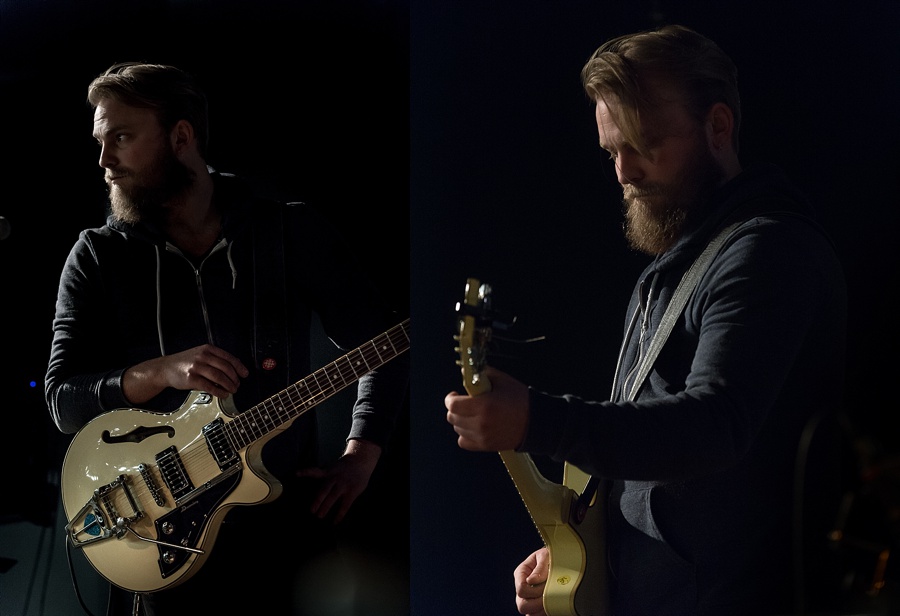 Joey’s dad Wally Landreth came by as well. I think I first photographed Wally in The Deluxe Chance Band, way way back in my 20’s! It was great to see him and his cool beard! 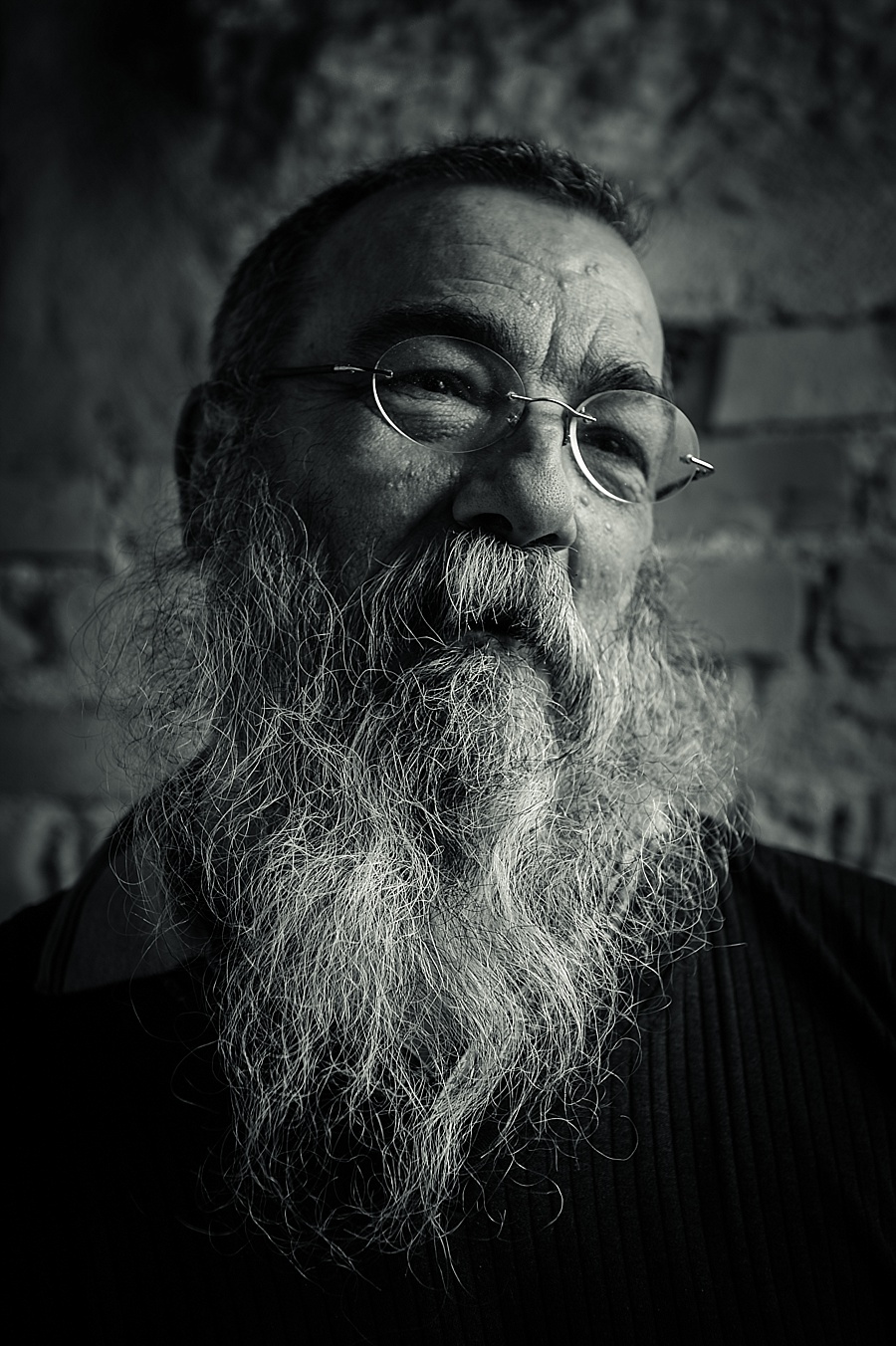 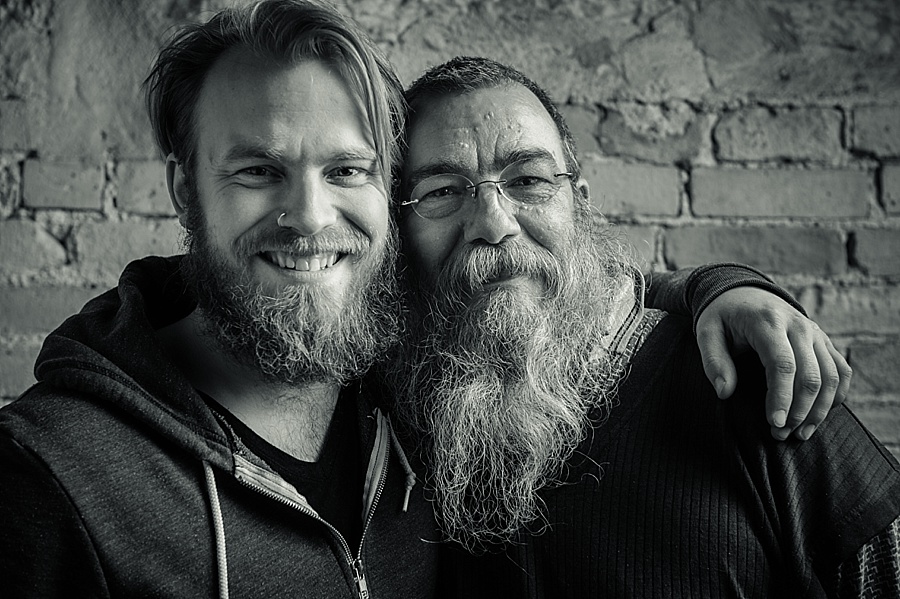 After grabbing a few  with Wally I worked on getting portraits of all the members of Gitch! 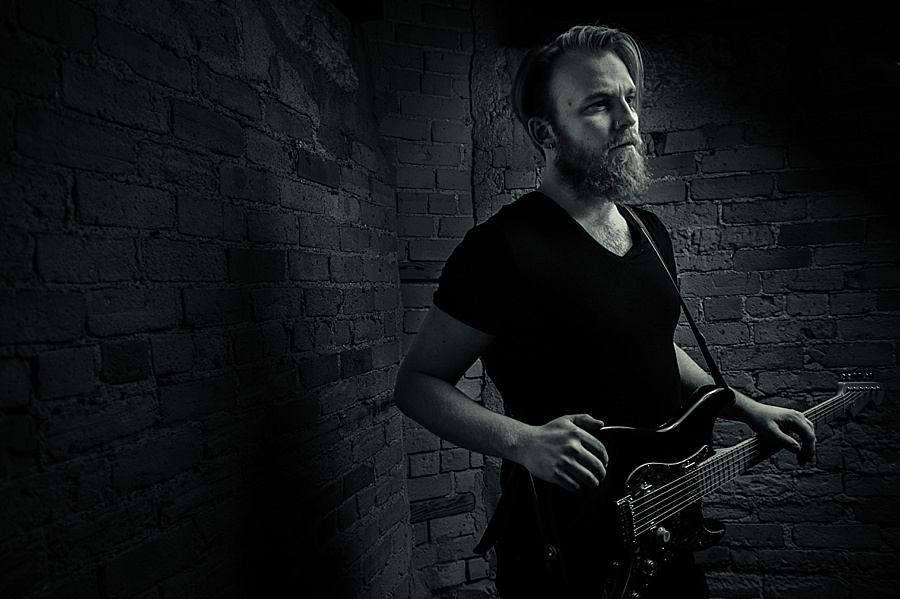 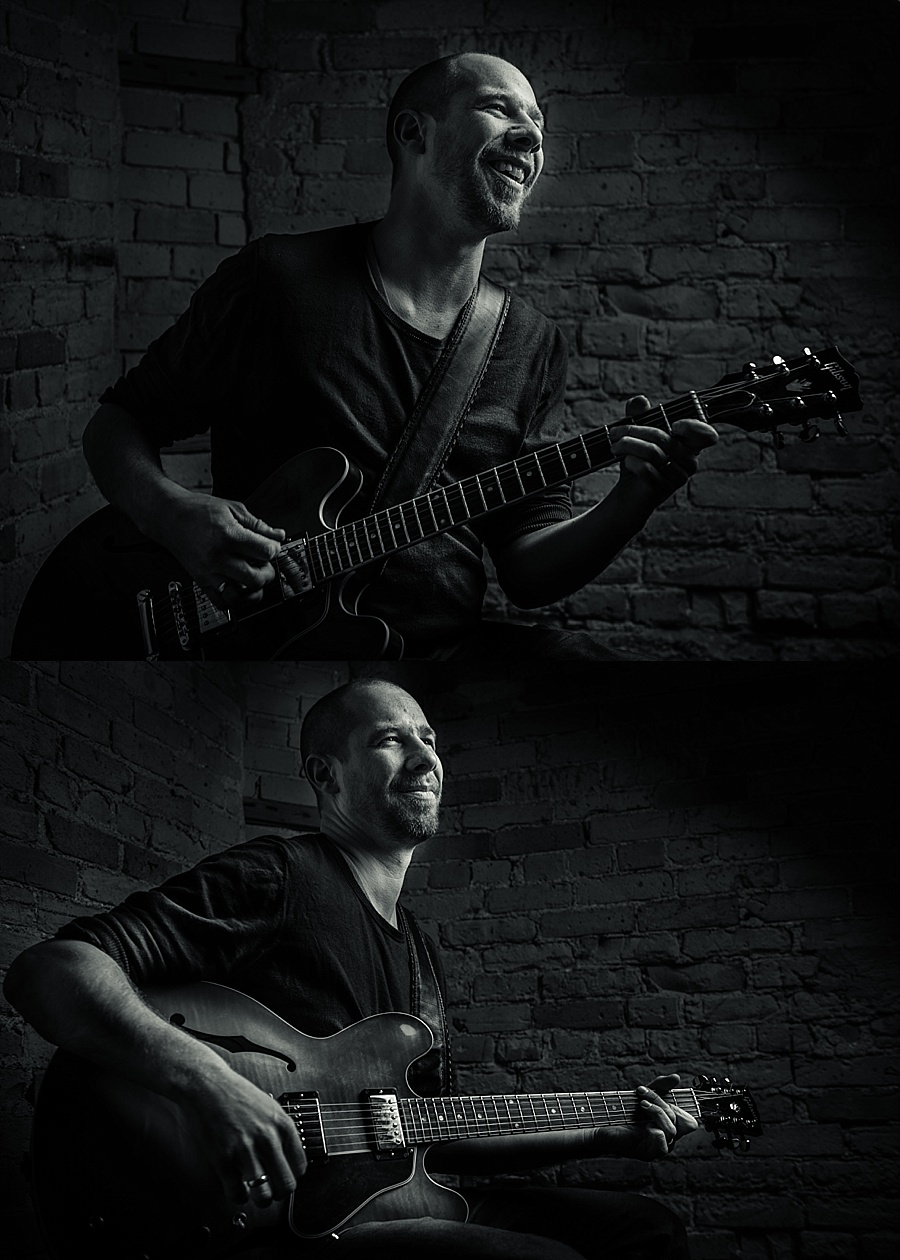 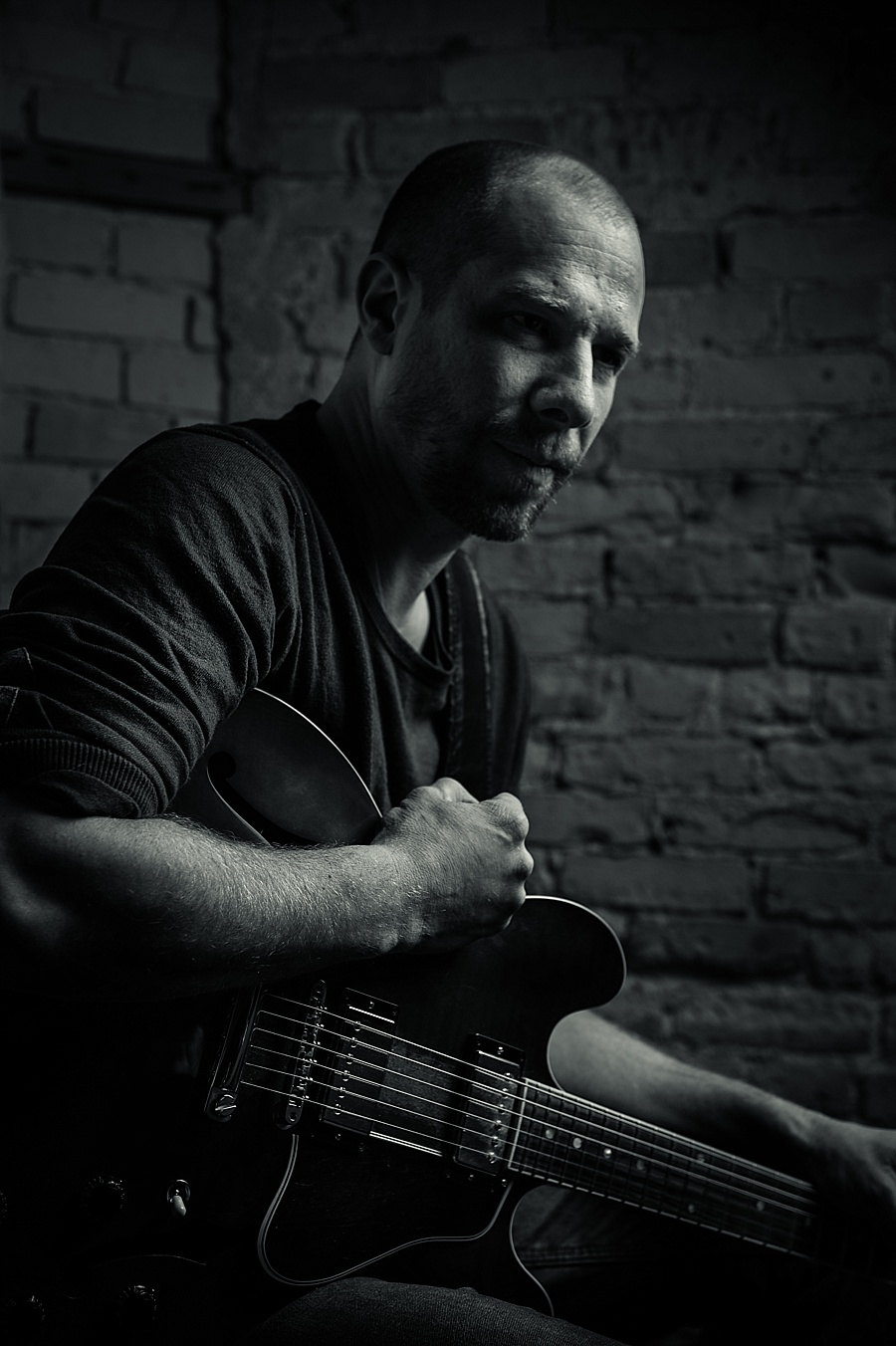 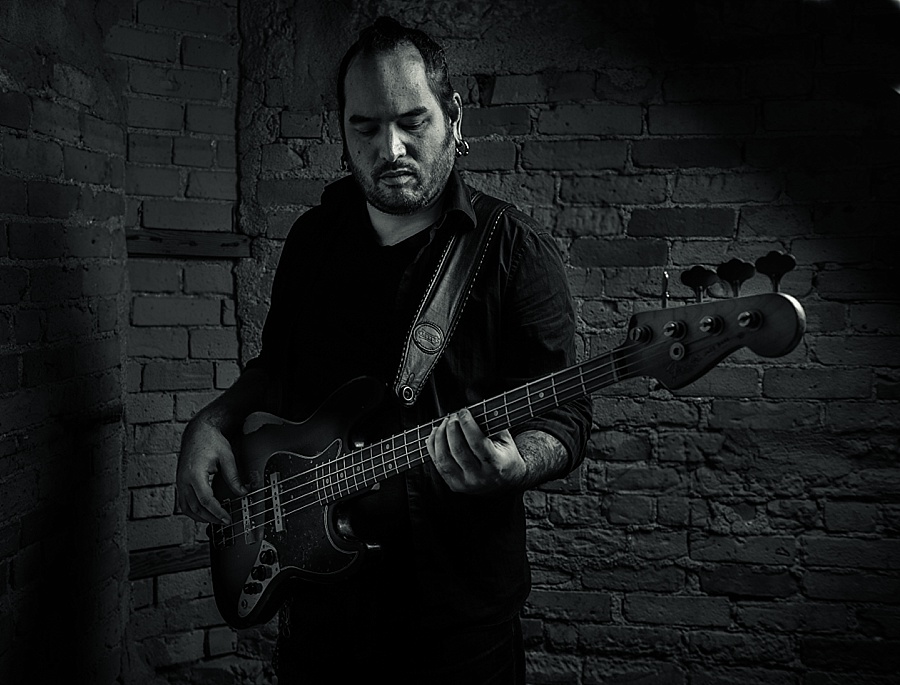 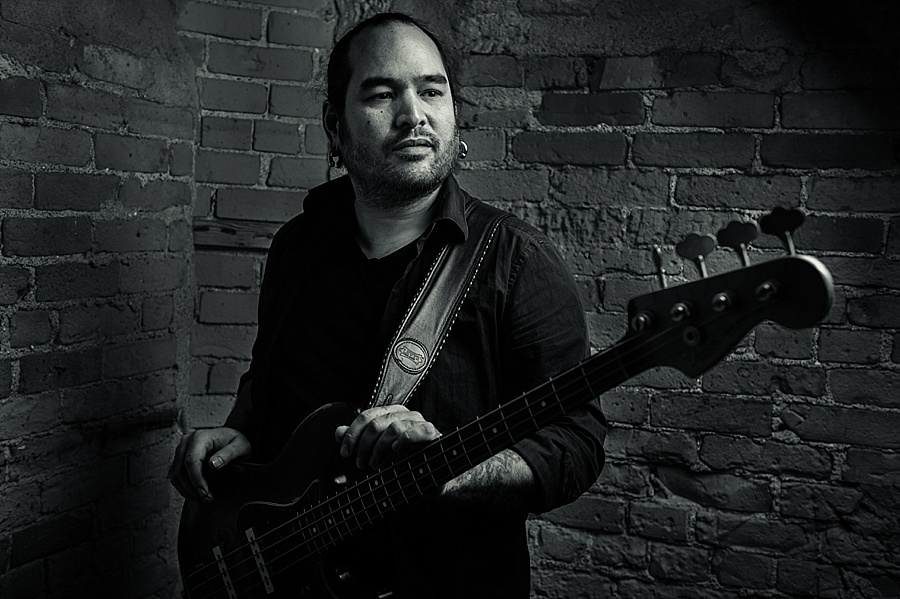